The Head of State was represented by the Prime Minister Head of Government, Chief Dr Joseph Dion Ngute. 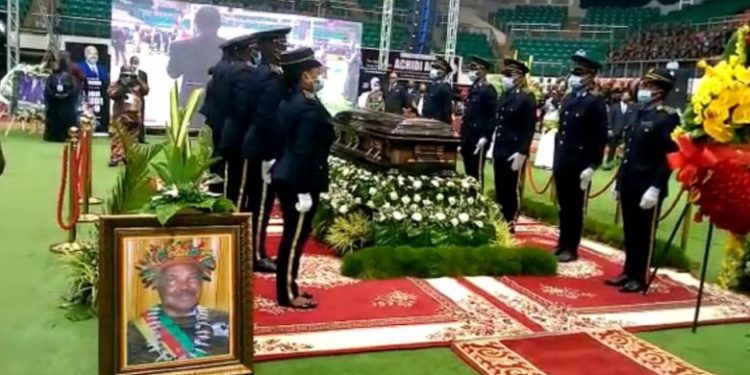 During the tribute ceremony, the late Statesman was described as an iconic politician, a social equalizer who raised himself above tribal, religious and political differences and dedicated his life at the service of the people.

Religious leaders present prayed the good Lord to reward him accordingly and receive his soul into his bosom.

Simon Achidi Achu who died last May 4 in the United States of America after succumbing to ill health will be laid to rest tomorrow Saturday July 3 in his native Santa in the Mezam Division of the North West region in an official funeral ceremony decreed by the Head of State.

Thousands are expected tomorrow at the Santa Grand stand to bid farewell to the philanthropist.

The President of the Republic will be represented at this ceremony by the Prime Minister, Head of Government who is already in the North West region.