Pupils and students have been the targets of kidnapping for ransom, school campuses arson and threats of life issued to those who attempt violating the order. 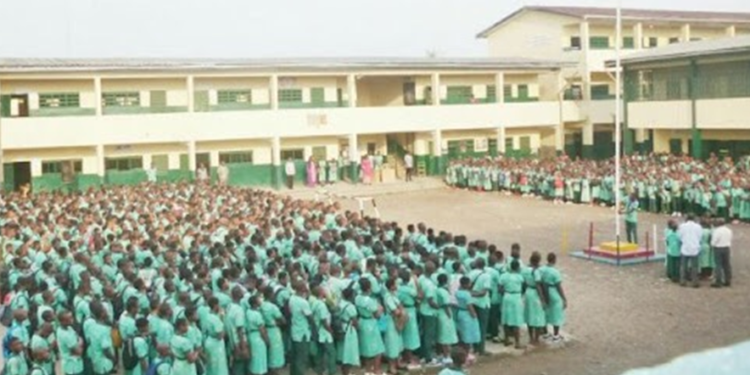 The 2021/2022 school year has officially opened in Cameroon. The fate of pupils and students in the country’s conflict-hit English-speaking regions remains uncertain.

Members of separatist fighters, a group fighting to create a putative state they call the Federal Republic of Ambazonia have for closed to five years now been fighting to enforce a school boycott ban.

Though Monday was official reopening date, school-going kids in the Anglophone regions weren’t opportune to start classes because of ghost towns.

The member of non-state actors have repeatedly imposed a stay-home order commonly called ghost towns across the two regions on Mondays, to mar economic activities.

Separatist fighters have for closed to four years imposed school boycotts in many parts of the troubled regions with the hope of creating a putative breakaway state they affectionately call the ‘Federal Republic of Ambazonia’.

Administrative authorities have fought tooth and nail to kill the separatist imposed stay home order but the population is still to completely muster the courage to begin violating the orders across urban settings in the two regions and in the periphery.

Recent twist of developments resulting to killings, bloodshed and other untold atrocities in the troubled regions have left made with fears that there might be more gloomy days ahead if separatist fighters attempt to begin imposing their school boycott orders again.

Schools have so far resumed timidly across the two troubled regions, especially in major cities. Thousands have fled the conflict-hit regions to live in neighbouring French-speaking regions for studies.

There has been a renewed wave of violence and bloodbath across the two Anglophone regions which has left many afraid of what the future would hold in the two regions.

The recent attack in a church in Bali which left a Christian dead and a pastor injured on the arm, the killing of a 62-year-old humanitarian worker with the Red Cross in Bamenda, killing of a 7-year-old pupil in Kumbo and injuring of another while attending holiday classes during crossfire between belligerents groups, shooting and severe injuring of two children belonging to same parents during crossfire in Ekombe in the South West region, killing of one and injuring of another during gunshots in Muea among others have marked the two regions of recent.

Also, major road networks including the Akum-Bamenda stretch, that leading to Fundong through Bambui, extending to Babanki, Belo, Njinikom, Fundong and also to the Mbingo Baptist Health Centre, the Kumba-Mamfe road, Bamenda-Bali-Mamfe stretch among others have also frustrated many from traveling back to their areas of origin either to pick kids to resume school or to donate school kits to them.