The 35th Ordinary Session of the AU Assembly began on Saturday in the Ethiopian capital Addis Ababa, as leaders met physically for the first time since the pandemic broke out. 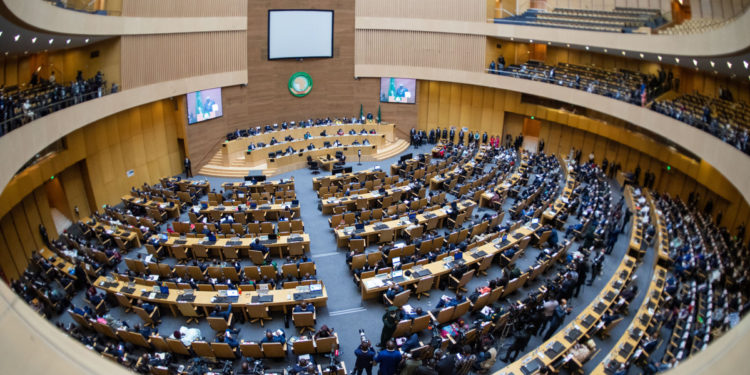 In his congratulatory message to the summit, Xi pointed out that this year marks the 20th anniversary of the AU’s founding and that over that time it has stayed committed to seeking strength through unity, actively explored a development path suited to Africa, facilitated important progress in regional integration and coordinated a concerted response from African countries to the pandemic.

Such efforts have proved effective in maintaining peace, stability and development in Africa, and have won Africa growing influence and stature in the world, Xi said.

Noting that the Eighth Ministerial Conference of the Forum on China-Africa Cooperation, or FOCAC, was successfully held in November, Xi said that he announced during the conference nine programs for cooperation with Africa in the next three years. He also said that he and African leaders expressed their unanimous support for building a China-Africa community with a shared future in the new era.

Xi said China stands ready to work with African to actively implement the outcomes of the FOCAC conference, further synergize cooperation under the Belt and Road Initiative and the Global Development Initiative with the AU’s Agenda 2063 and the construction of the African Continental Free Trade Area, in a bid to steer China-Africa cooperation toward higher-quality and wider-ranging development, and to write a new chapter in the China-Africa friendship.

China has also provided unwavering support to help African countries fight the pandemic, including donating the needed medical materials, sharing knowledge, and most important, making COVID-19 vaccines available to all African countries at a time that rich countries are hoarding the vaccines, Mbanda said.

Through FOCAC, African countries have realized the much-needed infrastructure development, especially through the Belt and Road Initiative and the Global Development Initiative, which complements the AU’s Agenda 2063, he said.

China’s cooperation with Africa through FOCAC to realize Agenda 2063, of building “The Africa We Want”, will enable the continent to deliver on its goal for inclusive and sustainable development, strive for the pan-African drive for unity, self-determination, freedom, progress and collective prosperity pursued under “Pan-Africanism and African Renaissance”, said Mbanda.