Angola has so far fifty-five tons of related materials that include hydroxychloroquine, erythromycin, interferon, protective gear, alcohol gel, gloves and masks, which add up to 30 tons from Cuba. 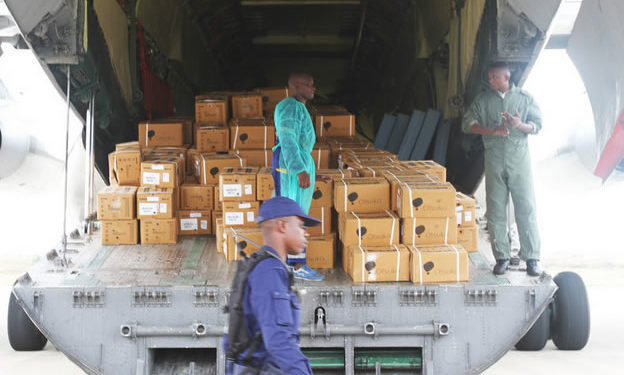 According to the Secretary of State for Public Health, Franco Mufinda, South Africa is expected to send more than 100 tons of medical equipment until next week.

Mufinda said that the materials will be distributed to all municipalities in the country to strengthen the fight against the novel coronavirus.

“Angola is waiting for rapid tests from China and Europe, within 15 days”, he said.

The country has a total of 19 cases, 13 of which are active, four recovered and two deaths.

Angola extended for 15 days more the State of Emergency, amid COVID-19.