Talking specifically about Nigeria, the release said: “Note that this prophecy came a full week before Nigerians were addressed by the Presidency, and over a week before lockdown measures were enacted in Nigeria.” 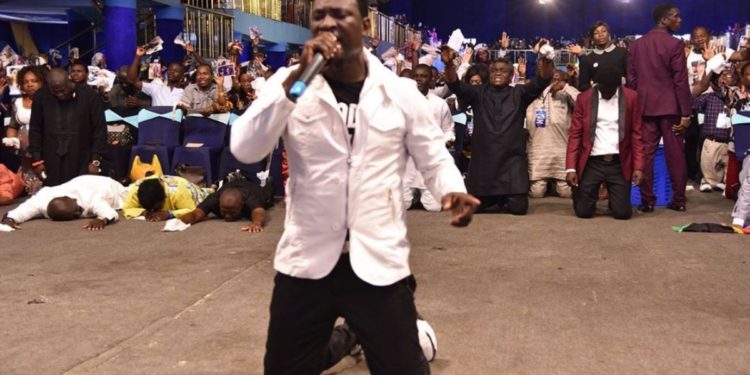 Founder and Head Prophet of Christ Mercyland Deliverance Ministry, Jeremiah Fufeyin, has revealed that the journey to freedom from the Coronavirus pandemic has started.

According to him, the virus has started disappearing globally, adding that this is exactly what he had earlier prophesied.

Fufeyin said he foresees the current reopening of economies across the world.

He insisted that the virus would disappear from country to country as it came.

Recall that in a sermon and prophesies released earlier in March, Fufeyin specifically stated that from end of March till 28th April 2020, the virus would be seen to be gradually disappearing from one nation to another the same way it came as a result of his prayers of mercy and that of believers from around the world.

In a release made available to DAILY POST on Saturday by the church, the clergy linked the current easing of lockdown across continents and indeed Africa to the vision he had received from God, raising the hope of freedom for people across the world.

Recall that in Germany, South Africa, Nigeria, China, U.S, Kenya and most countries of the world, governments have announced easing of lockdown, as well as a possible cure for the pandemic, which had ravaged the world since late last year.

The 49 year old Prophet, described in the release as God’s extraordinary vessels for this generation, noted that the viral disease would start to go down gradually, with nations recording victories and easing their preventive measures.

Drawing up a timeline of victories recorded across world, the church noted on April 21, 2020, Swiss authorities announced plans to ease their lockdown measures after recording positive success in managing the pandemic.

“On April 21, 2020, a West African country, Mauritiana, was declared COVID-19 free, after recording 6 recoveries and one death.

“On April 22, 2020, activities resumed in Hamburg- Germany after a long term lockdown. Return to school had also been announced, and trade is back in full swing.

“There was jubilation on the streets of Dubai as authorities eased almost 2 months lockdown measures, after recording zero COVID- 19 cases in some areas.

“Madagascar launched Africa’s first preventive treatment, and effective cure for the COVID-19 disease, “COVID ORGANICS”, and even made it compulsory for school children returning to schools.

“On April 27, 2020, President Muhammadu Buhari announced the imminent easing of strict lockdown restrictions in most states in Nigeria,” the release stated.