Czech counter-terrorism mission in Africa to be extended to Niger

Czech soldiers will engage in fighting against Islamic terrorists in Mali and around borders with Niger. 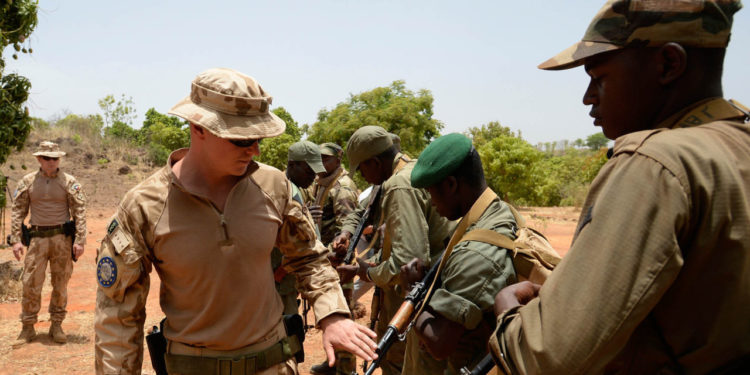 On the invitation of the Nigerian President, the Czech Ministry of Defense has decided to send Czech special forces to fight Islamic terrorists in Mali and around borders with Niger.

The invitation letter, signed by President Mahamada Issoufou, was received by the Ministry in March. Although the legal framework of the mission is already under discussion, the decision to send troops to the region also requires the approval of the Parliament.

The Czech Army wants to send its elite special forces unit to Mali, where they would advise the Malian soldiers as well as help them fight terrorists.

Even though the operation will take place mainly in Mali, soldiers will also pursue terrorist groups in Niger´s territory up to 50 kilometers from the Malian borders, said Defense Ministry Spokesman Jan Pejšek. The operation will be based in headquarters in Chad, which will also require the Ministry of Defense to obtain approval from local authorities.

The involvement of Czech soldiers was requested by France, which has been fighting Islamic terrorists in Mali for several years. The French forces requested the help of the Czech military to allow France to redeploy some of its forces to other areas of Mali.

The mission has already been approved by the Czech government, the Parliament will address it soon. Although members of Parliament received information about the counter-terrorist mission in Mali in early February, the legislature could not address the issue without a formal agreement with the host countries, Mali and Niger.

The Ministry of Defense estimates that the mission will cost at least 598 million korunas (€21.96 million). The Czech Republic now has about 120 soldiers in Mali. This year, the Czech army will also assume command of the European Union Training Mission in Mali (EUTM Mali), which helps build and train the Malian army fighting Islamic radicals.