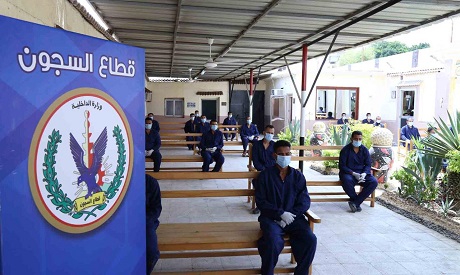 Egypt’s Prisons Authority, which operates under the auspices of the interior ministry, ordered on Thursday the release of 4,100 prisoners on the occasion of the Sinai Liberation day, which falls on 25 April.

A list of those released was not immediately available.

On 25 April, Egypt celebrates the completion of the withdrawal of Israeli military from the Sinai Peninsula in 1982, following the 1979 Egyptian-Israeli peace treaty signed by late president Anwar Al-Sadat.

Earlier in April, the interior ministry released 460 prisoners upon presidential pardon and conditional releases on the occasion of Egypt’s 68th Police Day, marked on 25 January.

In February, the interior ministry first released 498 prisoners upon a presidential pardon and conditional releases also on the same occasion.

According to the Egyptian constitution, the president can issue pardon decrees for prisoners who had received final court rulings that cannot be further appealed.