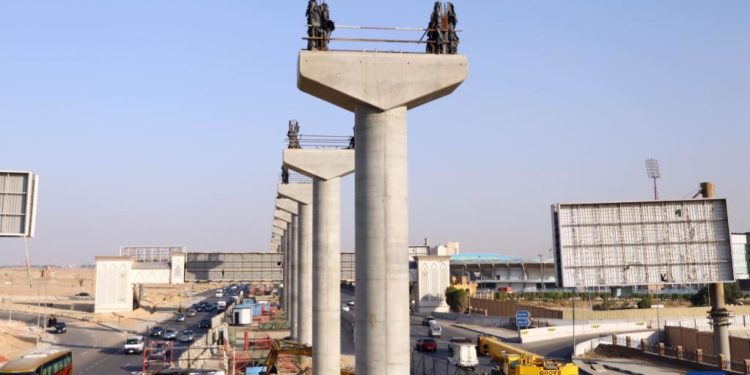 CAIRO – Egypt will be transformed by 2024 into one of major global hubs for transport and logistics through a massive 10-year plan to modernize its transport infrastructure, Egyptian Minister of Transport Kamel al-Wazir has said.

The transportation system established in the country will contribute significantly to achieving sustainable development and changing the face of life throughout Egypt, the minister told foreign reporters on Sunday.

He explained that the 10-year plan, implemented from 2014 to 2024, was drawn up to modernize the transport and communication sectors, at an expected cost of 1.669 trillion Egyptian pounds (about $106.3 billion).

Over the past seven years, al-Wazir said, projects worth 1.295 trillion Egyptian pounds have already been implemented, noting that a number of large projects will be completed by the end of this year, while other projects such as the light rail train will be finalized by the end of 2022.

“Projects such as the monorail, the high-speed electric train, as well as port projects will be completed by the end of 2024,” al-Wazir said.

The minister said that around 30,000 km of new and developed roads will be completed by the end of 2024.

With the completion of the transport and road system in 2024, Egypt will be turned into a regional and international hub for transport and logistics, the minister stressed, adding that there are also plans to link Egypt with other North African countries, including building a road that will run through Egypt, Libya, Chad and Niger.

The Egyptian minister extended an open invitation to all Egyptian and foreign investors to manage and operate railways across the country, as well as participate in all the ministry’s projects covering various fields.

A workshop was also held on Sunday to discuss the economic, social, environmental and health returns for the development of the transport system in Egypt, during which experts talked about the effects and impacts of the huge transport projects that Egypt is currently building.

Khaled Abdel-Fattah, head of the Sociology Department of the Helwan University, said the development and modernization of Egypt’s transportation system has become an urgent necessity, which is difficult to ignore.

Ayman Mosallam, a professor of structural engineering of the University of California, Irvine, spoke about the technical aspects of new transport projects in Egypt.

“Great efforts have been exerted in the field of constructing roads for heavy transport vehicles equipped with reinforced concrete castings,” he told Xinhua. “The construction of many roads in the mountains with high efficiency and skills must be applauded.”

For his part, Mourid Albert, undersecretary of the general traffic department of Egypt, said that the Ministry of Interior is working on the national road plan and has turned to modern technology to tighten control over the vast areas.