On Thursday, Equatorial Guinea's state radio TVGE reported that the helicopter had landed without authorisation. 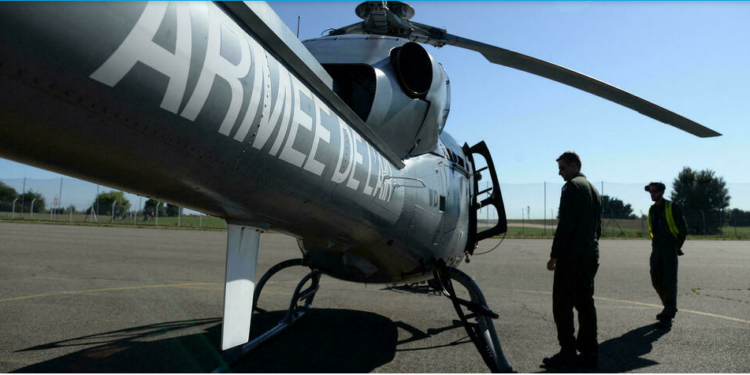 The six, who the army said were still awaiting authorisation to take off, were detained a day after a Paris court upheld the conviction of the central African country’s Vice President Teodorin Obiang for accumulating luxury properties with illegally obtained funds.

“They landed on Wednesday at 1:15 pm GMT because they were out of fuel. That is when a sequence of administrative nuisances began,” French army spokesman Pascal Ianni told AFP, adding that negotiations with local officials were underway.

The reports also said that the six soldiers were questioned at the central police station in Bata.

“National authorities do not rule out that this incident could be a spy operation and provocation on the part of Paris,” TVGE reported.

But Ianni said the landing had nothing to do with espionage.

“This incident is similar to ones we have dealt with before. They hold the helicopter and its crew,” Ianni said.

A second anonymous French military source added that all the necessary authorisations had been obtained for the refuelling stop.

“We stop regularly in Bata but we also regularly have coordination problems with the Bata airport,” the source said, adding that  “the control tower in an excess of zeal does not give permission to land.”

The helicopter, an unarmed Fennec model, was making a logistical flight between Cameroon’s economic hub of Douala and Gabon’s capital of Libreville where the French military has a base.