We have to be innovative, we have to adapt and understand the future. It’s been a lot of work for many years. 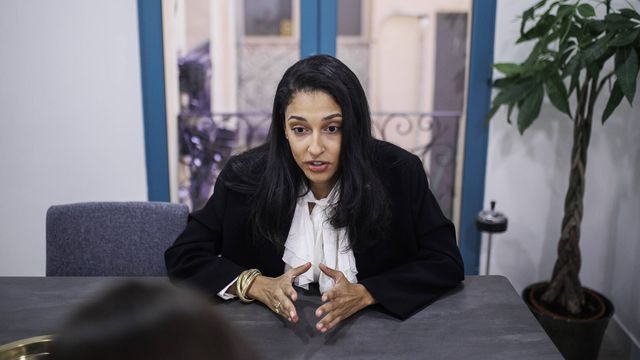 Jennifer Riveiro Ilende was a girl with dreams. Now a woman, the girl who used to teach English language in Africa’s only Spanish speaking country now leads a 21st century law firm in Spain with business extensions across Africa and Europe. She isn’t dreaming anymore. That little girl from then now lives her dream.

Dreams Talks sat with the former beauty Queen as she shared her journey, experiences and yes, dreams for the future!

D.T: Hi Jennifer, can we meet you?

J.R: My name is Jennifer Riveiro Ilende, daughter of a Spanish businessman who arrived in Equatorial Guinea in the 1980s and my mum is Equatoguinean. I grew up in Spain, all my education was there and I also spent some time in the United Kingdom. My mum, after some time in Europe moved back to Equatorial Guinea in 2003 and later on every summer, I will go to Malabo and spend the holidays with her. She had a business in Luba and from there, I started taking advantage of my summer holidays by working at the Luba free port, teaching English. So for three years, I was teaching English during my summer and Christmas vacations. I received great opportunities there and also got to spend those summers with my mother.

D.T: Tell us about one of those opportunities

J.R: This arrived in 2012 I was yet working as a Teacher during my vacation and was still studying in Spain, in Law School, when I got invited to participate for Miss Equatorial Guinea. I was planning to become a Lawyer and not a model but everyone kept telling me to try it as I had the features of a model. I was tall, about 5’11 then too. I didn’t plan it but I ended up, up there. I was very young and didn’t want to get into modelling or a fashion career like that, I wanted to become a Lawyer. But I did win Miss Equatorial Guinea and went on to represent the country at Miss World, where I met a lot of interesting people and understood how beauty and education mixes. Countries took their bests and I felt like an Ambassador of my country and portrayed our culture, education, tradition. After that, I really never did anything in fashion or anything like that. I finished my law degree two years later.

D.T: What did you do after graduation?

J.R: I went back to Equatorial Guinea. I saw an opening for a training programme at Centurion Law Firm, it was a six months training in oil and gas. From there you could get a placement at a company or be retained. It was such a great experience. I was young, dealing with contracts, going into meetings with Ministers, Directors, and multinational companies. I travelled around the world. I also went for a training programme in Legal English in the USA. While at it, my boss told me ‘’try and apply to this masters,’’ I thought that’s quite difficult because I need to have the TOEFL and I only had like three days to get ready for my TOEFL exams. So I was in America for three weeks, signed myself up for the TOEFL exam, had three days to prepare for it and I passed it. A week later, I was on my way to starting a Masters in Corporate Law. That was a great experience.

After that, I went back to Equatorial Guinea and not long after, I received a call from my Grandfather asking me to return to Spain and take part in the family business. I went back but it wasn’t so easy and I told myself this wasn’t my path.

J.R: I started my first company here. It was a project management company and we worked with construction companies, investment companies and doing a lot of deals between Europe and Africa. However, during the pandemic, I got a lot of calls and requests from people, asking a lot of questions on immigration and it showed the pandemic had left a lot of people unprotected. Nobody knew what the rules were. So last year, after the pandemic, I called a friend and told her why don’t we join forces and build a law firm where all immigrants can call home in Spain. Working from that stand point of view, I began thinking why don’t we think even bigger? Why provide a service to just immigrants? There are lots of talents hidden here in Spain for instance that for some reason are not integrated into society, corporate culture and environment. So I decided to take my skills, network, knowledge, and put it into use for the service of the community and minorities. So what I am creating now is a platform.

I call it a platform because my intent is not to have people work with me for long, their whole careers. My idea is to take these talents and polish them in every aspect and so I reinvented the company and now I have created here in Spain, a company called Ilende and Partners. It’s Ilende because it’s my mother’s last name and for me, it’s a footprint she left in Spain because she lives in Equatorial Guinea now. I have also opened a new company in Malabo called Riveiro Consulting because of the same footprint my father left in Equatorial Guinea.

So this is in honour of my parents.

D.T: What were the reasons for that?

D.T: What has been the reception towards your new ventures?

J.R: Everybody loves the idea, the project and are excited by it. I’m now bringing it to a new dimension that I hope this year, it will flourish. My vision came to life. We are working really hard, generating interests and a lot of companies are reaching out to us. We have people who are interested in the energy sector in Africa, renewable energy, construction, urban development and we also have people who are looking for African talents here in Spain. We have to be innovative, we have to adapt and understand the future. It’s been a lot of work for many years.

Riveiro Consulting in Malabo is going to be engaged in legal advisory for companies in the country and also those seeking to come into Equatorial Guinea and the region. We haven’t launched yet but in the coming weeks, we will.

D.T: How is the law firm doing?

J.R: For one year now, we have been focused only on immigration law in Spain because it was the main issue and also it’s one of the main areas for serving here in Spain. What we are trying to accomplish is to become the reference point for immigration matters. Everybody loves the job we do because we do it with care and with respect. I try to give that service to my clients. How they feel after a meeting with us, the hope that they get, it’s a very beautiful sight of the work.

D.T: How challenging is it?

J.R: It’s challenging because when I first started, remember I am a Lawyer with expertise in oil and gas, corporate law and financing. Each case is different, the conditions and clients. If a potential client comes through the door and we don’t see a possibility of their case been overturned, we are very honest with them. We also figured we need to work on other kinds of cases and have also been offered to work with several companies here in Spain. So inevitably, we are going through business law, labour law, civic law, criminal law. Our goal is to become the immigration reference and our goal is to provide them with everything that is immigration.

J.R: It’s about 90%. Before taking any case, we analyse it and think of the possibilities because we don’t want to waste people’s time, money and also don’t want to play with our reputation. We solve the problem and not create another one for our clients.

Jennifer’s message to girls and women, world over in celebration of this year’s International Women Month is, “our reality is first created in our minds; determination and optimism will bring it to life.”