Kenya is distancing itself from a plan by a British animal charity to move 13 elephants from the UK to Kenya.

The Kenyan government's tourism and wildlife ministry said on Wednesday that it was not consulted by the Aspinall Foundation on the relocation, planned for next year. 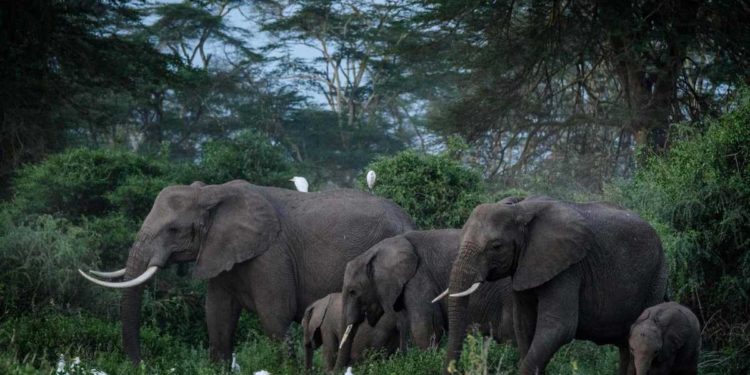 The government’s statement throws into doubt the plans by the foundation, which had said it would use specially built crates aboard a Boeing 747 to transport the elephants from their current home near Canterbury in England to the Kenyan plains.

“The ministry of tourism and wildlife has noted with concern articles appearing in Western media stating that a herd of 13 elephants will be relocated from Kent Wildlife Park in the UK to Kenya,” the statement said.

“The ministry wants to state that neither the government nor the Kenya Wildlife Service has been consulted on this matter. Relocation and rehabilitation of an animal from a zoo to the wild is not an easy affair.”

In a notice to the press on Tuesday, Carrie Johnson, head of communications for the Aspinall Foundation and wife of UK Prime Minister Boris Johnson, explained the flight was scheduled to take place in 2022 and added that as much as the UK was a good environment for the animals, they belonged in the African wild.

“Life in Kent Wildlife Park is pretty good for these elephants all things considered, but Africa is where they belong. In time, their descendants will number in the hundreds and then the thousands, and form part of the incomparable ecosystem that helps drive the Kenyan tourist economy,” Johnson said.

The charity would work with anti-poaching teams to help ensure the long-term survival of the herd, which includes three babies, once it reaches one of two sites under consideration in southern Kenya. However, the Kenyan government said the relocation and rehabilitation will be an expensive affair that needs exhaustive consultation.

According to information appearing on British media, a spokesperson for the Aspinall Foundation said they were perplexed by the announcement from the Kenyan ministry. The spokesperson said the charity had been in consultation with the Kenya Wildlife Service since last year. The charity also acknowledged there was a process in obtaining permission to transport the elephants and were looking forward to obtaining formal approval from the Kenyan government.

The charity claims the relocation, if successful, will be the first time a breeding herd of elephants will be rewilded.

“As with any conservation project of this magnitude, there are obviously big risks, but we consider them well worth it to get these magnificent elephants back into the wild where they belong,” Johnson said.