Kenya: Panic as Meteorites Rain Down on Villages in Kirinyaga County

According to witnesses, the meteorites lit up the sky in a reddish flame before landing in three different spots, sending villagers into panic mode 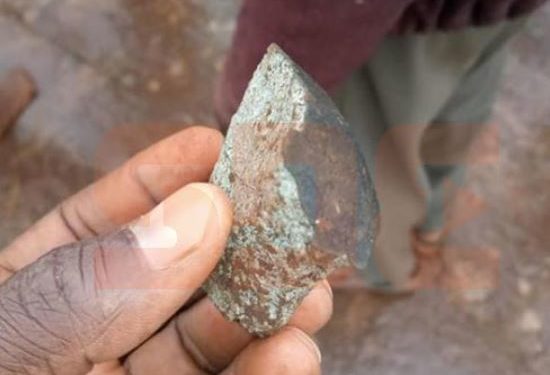 2.3k
SHARES
Share on FacebookShare on TwitterShare via Whatsapp Villagers in Kombuini, Gatuto and Kimicha areas of Kirinyaga County last week experienced a meteorite fall that left them scampering for safety in panic.

In Kombuini village, a meteorite dropped from the sky at around 8 pm on Friday, tearing through the roof of Mary Wamburu’s house and landing on the concrete floor forming a crater. It then fragmented into smaller pieces.

In Gatuto, a meteorite fell on someone’s farm while in Kimicha, another landed along the Kerugoya-Kaguma road, forming craters in both instances.

Ms Wamburu said she was preparing supper in the kitchen when the meteorite fell in the main house where her mother was.

“We heard a sound like three gunshots followed by a loud thud in the house. We remained silent for a while, stupefied and too shocked to do anything. No one was injured,” she said. Another local, Francis Njenga, said he was outside his house when he saw a bright object drop from the sky at a terrific speed, followed by what sounded like gunfire and a loud thud.

Other villagers said they thought it was the end of the world and started praying. Others reportedly locked themselves in their houses while others ventured outside to experience the rare phenomenon.

A Nairobi based geologist, Vickson Kihima, confirmed to Standard that the rocks are meteorites. “They survive their passage through the atmosphere to reach the earth’s surface at a high speed,” he said.

He noted that a meteorite has a fusion crust and an aerodynamic shape, characteristic of the rocks that fell in Kirinyaga.

Another expert, Wachira Kibanya, confirmed the same and further warned that the fragments the villagers collected could be radio-active or harbour microorganisms that could be detrimental to health.

While meteorites hit Earth regularly, with NASA stating that up to 17 a day could crash into our planet on average, most burn up in the atmosphere