The United Kingdom's embattled prime minister came under new pressure to resign on Tuesday over a claim he had celebrated a birthday in contravention of lockdown rules, an allegation that the Metropolitan Police is investigating. 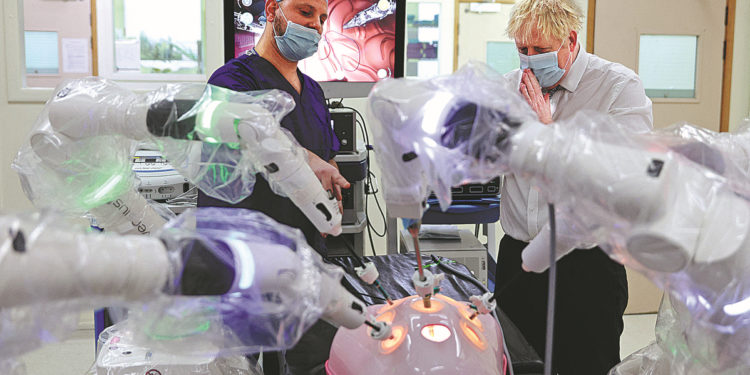 Commissioner Cressida Dick said the police will look into “potential breaches of COVID-19 regulations …without fear or favor”.

In the latest claim, ITV News said up to 30 people got together inside the Cabinet Room to mark Johnson’s birthday on June 19, 2020, where they sang Happy Birthday and ate cake.

Johnson’s Downing Street office admitted to the bare bones of the claim, but told the BBC that employees only “gathered briefly” to “wish the prime minister a happy birthday” and that Johnson was there “for less than 10 minutes”.

But, with lockdown rules at the time mandating no more than two people could socialize together indoors, politicians have renewed calls for Johnson’s head.

Former prime minister Gordon Brown said Johnson’s apparent lockdown breaches amounted to a “moral issue” that has angered voters who followed the rules, even when that meant some could not say goodbye to dying relatives.

“I could not go to the funeral of a very close relative … at the same time,” Brown told the ITV program Good Morning Britain.

“I couldn’t visit a dying friend in hospital, and there are thousands and thousands of families who were in that position.”

Mark Drakeford, leader of the devolved government in Wales, said on Radio 4’s Today program that Johnson had lost the “moral authority” to lead.

Keir Starmer, leader of the Labour Party, said Johnson has become “a national distraction” and has “got to go”.

But Transport Secretary Grant Shapps insisted that Johnson, who attended the event with his wife Carrie and interior designer Lulu Lytle, did nothing wrong.

“The prime minister clearly didn’t organize to be given a cake. Some people came forward and thought it would be appropriate on his birthday,” Shapps told Sky News.

He later said on Today that it was “unwise” of those behind the event to have put the prime minister in a difficult position.

“This is in a workplace with a bunch of people who were working together all of the time, who decide to give the prime minister a birthday cake on his birthday,” he said.

The latest allegation about an apparent lockdown breach involving a government figure will be probed by senior civil servant Sue Gray, who is expected to deliver her report any day now.

In the meantime, at least six lawmakers from Johnson’s ruling Conservative Party have publicly called on him to resign, and several others are understood to have done so privately.