During the meeting, the need to expand the YALI network to other locations in the country was dialogued 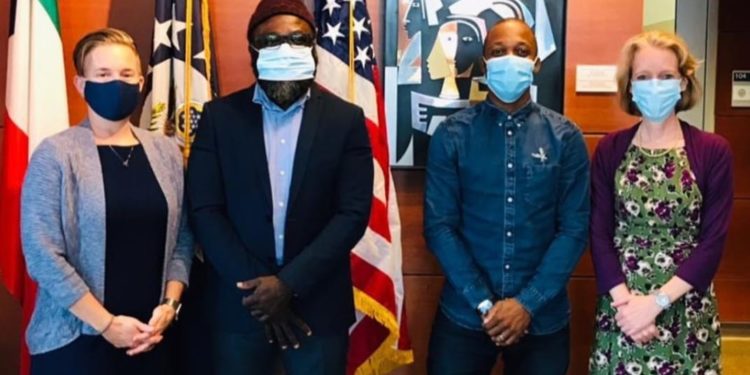 Representatives of the Young African Leader Initiative (YALI), today met with the United States of America Ambassador to Equatorial Guinea, Susan N. Stevenson. The encounter was to present their planned activities in the short, mid and long term.

Present at the meeting, the Public Affairs Officer, Mrs. Meghan Luckett and assisted by a member of the Public Diplomacy/Public Affairs section of the US Embassy in Malabo, Jorge Sikota, Ambassador Stevenson dialogued the embassy’s willingness to collaborate with YALI EG and implement community development programs that fit within the scope of the embassy’s actions in the Republic of Equatorial Guinea. In addition, since Equatorial Guinea is a Spanish-speaking country, it intends to reduce the gap in the language barrier by conceiving support programs and preparatory workshops for future applicants for the Mandela Washington Fellowship (MWF), International Visitor Leadership Program (IVLP) and other exchange scholarships.

YALI EG representatives Cristian Eteo and Oscar A. Nchaso Bekari also stated their intent to work in more open ways for the good of the public, highlighting the initiatives that it has been implementing for some time through its members and scholarship holders from the MWF, IVLP and others.

Dreams Hub and LPC contributed to this article