He has referred the matter to the Chief Justice for certification since “the interpretation or application of the Constitution has arisen in these proceedings”. 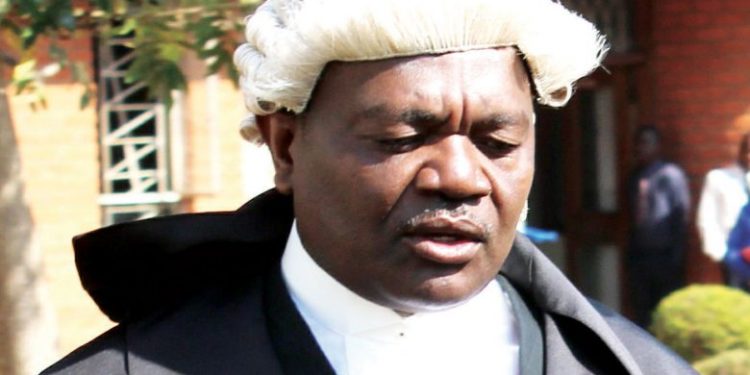 High Court Judge Kenyatta Nyirenda has criticised the office of Attorney General (AG) Kalekeni Kaphale for ‘sitting on the fence’ in the lockdown injunction case, saying it was supposed to be exemplary in handling court issues as its top official is head of the bar. Nyirenda has since sustained the injunction which he granted Human Rights Defenders Coalition (HRDC), Prophet David Mbewe and three others which block the government from enforcing a Covid-19 lockdown and restraining churches from gathering.

Kaphale withdrew from challenging the case, saying the Judiciary will do “the right thing” based on the prevailing Covid-19 pandemic crisis. But in the ruling which he delivered Tuesday, Justice Kenyatta said it was disheartening that a public office entrusted with public power at such an elevated level would opt not to file any court process one way or the other on such a weighty constitutional matter.

“With due respect, for the office of the Attorney General to sit on the fence on such an important topic involving imposition of a state of disaster or state of emergence is, in my considered view, a dereliction of duty.

“When the Attorney General appears in a case as a legal practitioner or as a party, his or her role is not that very much different from that of any other legal practitioner or party,” reads the ruling in part. Judge Kenyatta said it was important for the AG to appear and give its input on the matter considering that the office must have been involved in coming up with the Covid-19 rules whose constitutionality is being questioned.

He also accused Kaphale’s office of snubbing seeking to communicate with the court through the media by stating, among other matters, that the court should rely on information in the public domain. “This is bizarre – the sherry effrontery of this statement is quite astounding. Actually, the fact that such a statement was made makes me wonder if the office of the Attorney General fully understands its responsibilities as envisaged by the framers of the Constitution,” Nyirenda said.

He has since ordered the defendants to shoulder all costs of the case and that the proceedings have been stayed pending determination of the constitutional issues by the High Court panel to be constituted.

Lawyer for the claimants Sullivan Kagundu said they are satisfied that the court has sustained the injunction. Kaphale was not immediately available for comment while Ministry of Justice spokesperson Pilirani Masanjala said he was going through the ruling.