Chibwana was once General Manager of Blantyre Newspapers Limited, now Times Group, for ten years, having previously worked for the company as a reporter and a sub-editor in the 1980s. 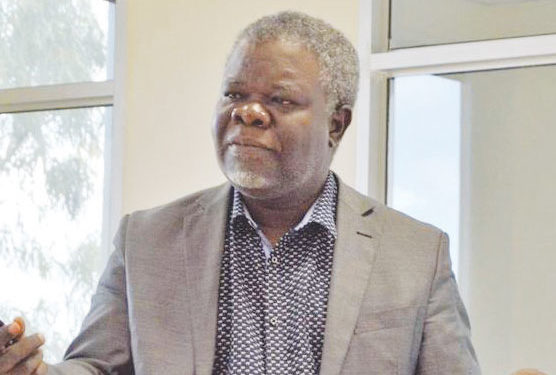 The media fraternity in Malawi is mourning veteran journalist Tikhala Chibwana who died on Sunday after a week-long battle with stroke.

The body of the late Chibwana is expected to be buried today in Lilongwe.

Until his death Chibwana, 62, was a Trustee of Media Institute of Southern Africa (Misa) Regional Secretariat and Africa Director of the World Association of Newspapers and News Publishers (Wan-Ifra) Women in News (Win) programme where he had worked for three years.

His nephew Kingsley Gwaza said Chibwana, who is survived by three children and a wife, was a pillar to the family and a great teacher who approached issues in a patient manner.

He assisted in the launch of newspaper supplements The Weekend Times and The Lifestyle Magazine, Times Television, Times Radio and Times Online.

Besides his media experience, Chibwana worked in marketing, training and development as well as human resource management.

He also had hands-on experience in project management, advocacy and organisational development.

Chibwana had a Master of Business Administration degree, a post-graduate diploma in Marketing and a diploma in Accounting and Finance, among other qualifications.

Times Group Managing Director Leonnard Chikadya described Chibwana as a longtime friend, saying they hailed from the same village and went to the same secondary school in Ntcheu.

The two also worked together at Sunbird Hotels where Chibwana was Group Training Manager while Chikadya was Deputy Chief Executive Officer.

“When he left Sunbird, he was appointed CEO of MET, a USAid funded project. Interestingly, I am the one who served as referee for this new appointment. He joined me again as General Manager for BNL Times after the expiry of a fixed term of late Jika Nkolokosa,” Chikadya said.

He also disclosed that Chibwana’s biggest and most challenging project was the launch of Times Television where “his signature is engraved in gold”.

Wan-Ifra Director of Media Development, Melanie Walker, said while the organisation mourns Chibwana’s death, his legacy will live on in the Win community and in future generations of journalists who will carry forward his teachings and influence in their work.

“Dr Chibwana was a champion of gender equality in the media industry during his five-year tenure as head of Wan-Ifra Women in News [programme],” Walker said.

In a statement released yesterday, Misa-Malawi Chairperson, Teresa Ndanga, described Chibwana as a source of knowledge and experience in the journalism fraternity.

“He [was] involved in different initiatives aimed at developing the media in Malawi and Africa including ensuring that women in media have a safe working environment and are empowered to work effectively and efficiently,” the statement reads.

“A lot of media practitioners have learnt quite a lot from him. He was very humble and very dedicated to his work,” Kaufa said.