The fighting left 33 soldiers injured, 21 seriously, and seven are missing, the army added in a statement, while 23 other suspects were "neutralised" later in the day. 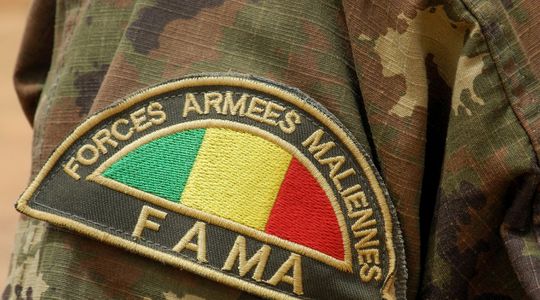 A jihadist attack on a military camp in central Mali on Friday killed 27 soldiers and 47 “terrorists” were “neutralised”, the country’s army said.

The fighting left 33 soldiers injured, 21 seriously, and seven are missing, the army added in a statement, while 23 other suspects were “neutralised” later in the day.

The West African state has been battling jihadist movements affiliated with Al-Qaeda and the Islamic State group for almost a decade, with around two-thirds of its territory outside state control.

A French military source speaking on condition of anonymity said hundreds of jihadists attacked the camp of around 150 soldiers close to 0600 GMT, putting the death toll between 40 and 50.

The jihadists seized 21 vehicles, including tanks, and injured more than 20 soldiers, the source added.

The source said Mali’s army did not request support from France’s Barkhane military operation because the camp was “where Barkhane was asked not to operate, probably because of the presence of Wagner mercenaries”, referring to the Russian paramilitary group.

A military official had told AFP the army and air force “reacted vigorously”.

The Mondoro base is near Mali’s border with Burkina Faso and has previously been targeted by jihadists fighting the Malian state and foreign forces.

Around 50 soldiers died after an attack on Mondoro and the nearby Boulkessi camp in September 2019.

France’s military said around 100 attackers were “routed” following a mission between Barkhane and Mali’s army against jihadists attempting to take the base in January 2021.

Jihadist and separatist fighters — some affiliated with Al-Qaeda and the Islamic State group — began operations in Mali in 2012 and the conflict has since spread to neighbouring Niger and Burkina Faso, killing and displacing thousands of civilians.

Friday’s attack comes as the military landscape in the Sahel shifts following France’s decision to withdraw from Mali and the arrival of Russian instructors, which the West says are Wagner mercenaries.