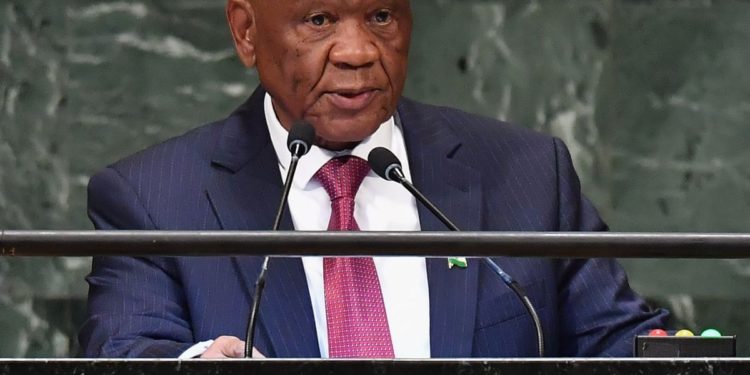 MASERU, May 11 (Reuters) – Lesotho Prime Minister Thomas Thabane’s coalition fell apart in parliament on Monday, spelling the end of his tenure and paving the way toward a resolution of a political crisis that has engulfed the kingdom since late last year.

National Assembly Speaker Sephiri Motanyane announced the collapse of his governing majority and said Thabane, 80, would have to step down by May 22. Thabane’s spokesman did not immediately respond to a request for comment.

The case has divided his party and triggered sporadic unrest. Thabane had promised to retire, but had been dragging his feet on when to do so.

“We have verified that the four-party coalition agreement has been terminated and there is a formation of a new government,” Motanyane said.

Members of the ABC, opposition parties and South African mediators have been pressing Thabane to leave. King Letsie III last week assented to legislation that prevented Thabane from dissolving parliament and calling an election in the event of a vote of no confidence against him.

Political instability frequently boils over in Lesotho, which has experienced several coups since independence from Britain in 1966. Its conflicts often draw in South Africa, whose central mountains encircle the tiny, mountain kingdom and supplies it drinking water. (Reporting by Reporting by Marafaele Mohloboli; Writing by Tim Cocks; Editing by Mark Heinrich)