A group of 511 Burundian refugees is being repatriated to their home country from Mahama Refugee Camp located in Kirehe District, Eastern Province. 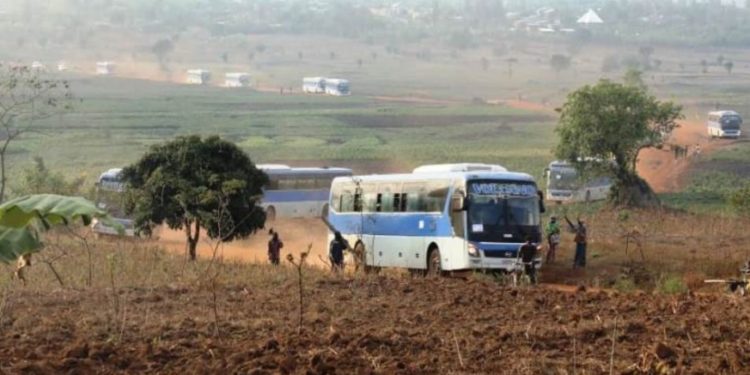 According to the Ministry of Emergency Management (Minema), the group departed from the camp around 6:20a.m on Thursday, September 24, heading to Nemba One-Stop Border Post in Bugesera district, Southern Province.

This is the third group to be repatriated after the outbreak of Covid-19 pandemic.

The ministry also says that another group of urban Burundian refugees is expected to be repatriated Thursday next week.

Before Rwanda closed her borders in prevention of Covid-19, between 2015 until March 2020, 5,922 refugees had already voluntarily gone back to Burundi.

Speaking to the press end last month, Permanent Secretary in Minema, Olivier Kayumba noted that Rwanda is committed to facilitating any refugees willing to return home.

He noted that Rwanda will continue to facilitate any refugee willing to go back to his/her country of origin and protect those who wish to stay, all in accordance with national and international laws.

So far, UNHCR registered 8,000 Burundian refugees who wish to be repatriated, of the total close to 72,000 currently living in Rwanda.