More than 4,300 people were arrested over the weekend in Morocco for breaching emergency rules in place to combat the novel coronavirus, according to official figures. More than half of those detained were taken into police custody. 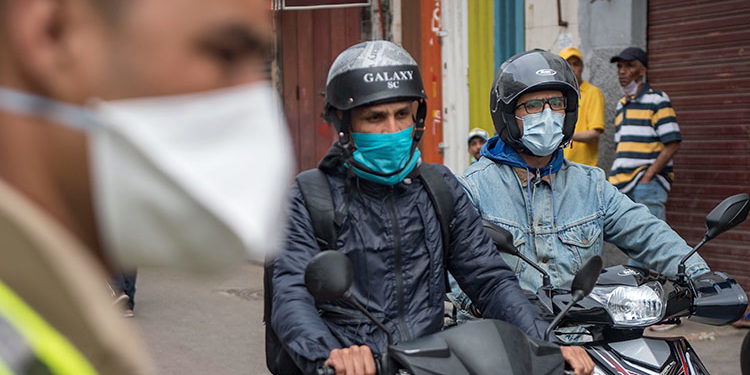 Since mid-March, authorities have arrested 28,701 people across the North African country, 15,545 of whom have been referred to court after being held in custody, according to the country’s national security force DGSN.

Penalties for violating measures in place to curb the spread of the COVID-19 disease include up to three months in jail and fines of up to 1,300 dirhams ($130), or both.

Morocco imposed a public health state of emergency on March 19, confining everyone to their homes except those with a permit to be out for work.

Police and security agents supported by soldiers in armoured cars have been deployed around the country, erecting road barriers and control points to enforce the measures.

The largest number of arrests were made in the country’s economic centre of Casablanca and the capital Rabat, according to the DGSN.

Isolation measures have proved most challenging in densely populated, working-class neighbourhoods, according to local media reports.

Economic paralysis brought on by the pandemic has left millions of Moroccans in a precarious existence, with the bulk of the workforce made up of informal workers dependent on odd jobs and lacking access to social safety nets.

In the absence of a social database, authorities are working to identify needy families to distribute direct financial aid and food baskets.