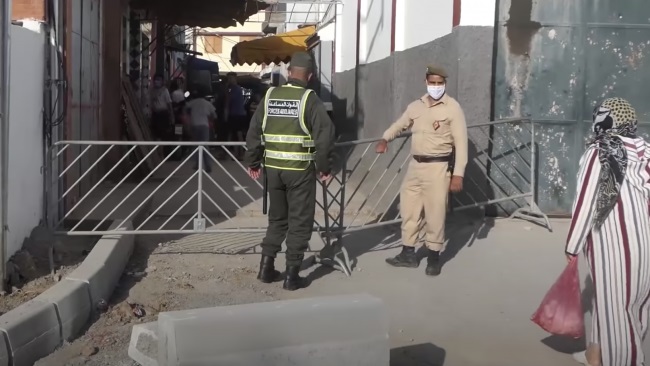 The country’s recovery rate currently stands at 71.4%, while the fatality rate remains 1.5%.

With today’s new figures, the number of active COVID-19 cases in Morocco stands at 11,819. The number represents a ratio of 32.5 active cases per 100,000 inhabitants in Morocco.

The active cases include 154 critically-ill patients undergoing treatment in intensive care units. Seventy-one of the patients in critical condition are breathing through artificial respirators.

In the past 24 hours, 20,931 suspected coronavirus carriers tested negative for COVID-19.

Since the start of the domestic outbreak, Moroccan laboratories have performed a total of 1,583,234 COVID-19 tests, including 1,542,217 that came back negative.

The Casablanca-Settat region recorded 802 COVID-19 cases in the past 24 hours, including 651 in Casablanca, 41 in Berrechid, 40 in Mediouna, 33 in Mohammedia, 13 in Settat, eight in Nouceur, five in Sidi Bennour, and five in Benslimane.

The Marrakech-Safi region recorded the second-highest number of cases in Morocco in the past 24 hours—256. The number includes 229 cases in Marrakech, 10 in Essaouira, eight in Haouz, four in Rehamna, three in Safi, and two in Youssoufia.

The Beni Mellal-Khenifra region came third with 180 new COVID-19 cases—the highest daily increase the region has recorded so far. The cases include 98 in Beni Mellal, 51 in Azilal, 15 in Fquih Ben Salah, eight in Khenifra, and eight in Khouribga.

The Tangier-Tetouan-Al Hoceima region recorded 157 cases, including 86 in Tangier, 35 in Tetouan, 20 in Larache, 13 in Al Hoceima, two in Fahs-Anjra, and one in M’diq-Fnideq.

Rabat-Sale-Kenitra confirmed 69 new cases, including 30 in Temara-Skhirat, 25 in Kenitra, six in Rabat, four in Sale, two in Khemisset, and two in Sidi Slimane.

The southeastern region of Draa-Tafilalet reported 51 new COVID-19 infections: 22 in Ouarzazate, 16 in Zagoura, six in Tinghir, four in Midelt, and three in Errachidia.

Forty new COVID-19 cases appeared in the Oriental region, including 19 in Nador, 16 in Oujda-Angad, two in Taourirt, one in Jerada, and one in Berkane.

Souss-Massa confirmed 33 new cases, with the majority in Agadir (27), four in Tata, and two in Inezgane.

The southern region of Dakhla-Oued Ed Dahab confirmed 16 new COVID-19 cases in the city of Dakhla.

The neighboring region of Laayoune-Sakia El Hamra reported 10 cases: seven in Laayoune, two in Boujdour, and one in Smara.

Finally, the Guelmim-Oued Noun region confirmed three new cases, including two in Guelmim and one in Tantan.

Moroccan laboratories have confirmed five COVID-19 cases in the past 24 hours for every 100,000 inhabitants.