"After three months spent in a forest living in inhumane conditions, I decided to try my luck," Mahjoub Abdellah 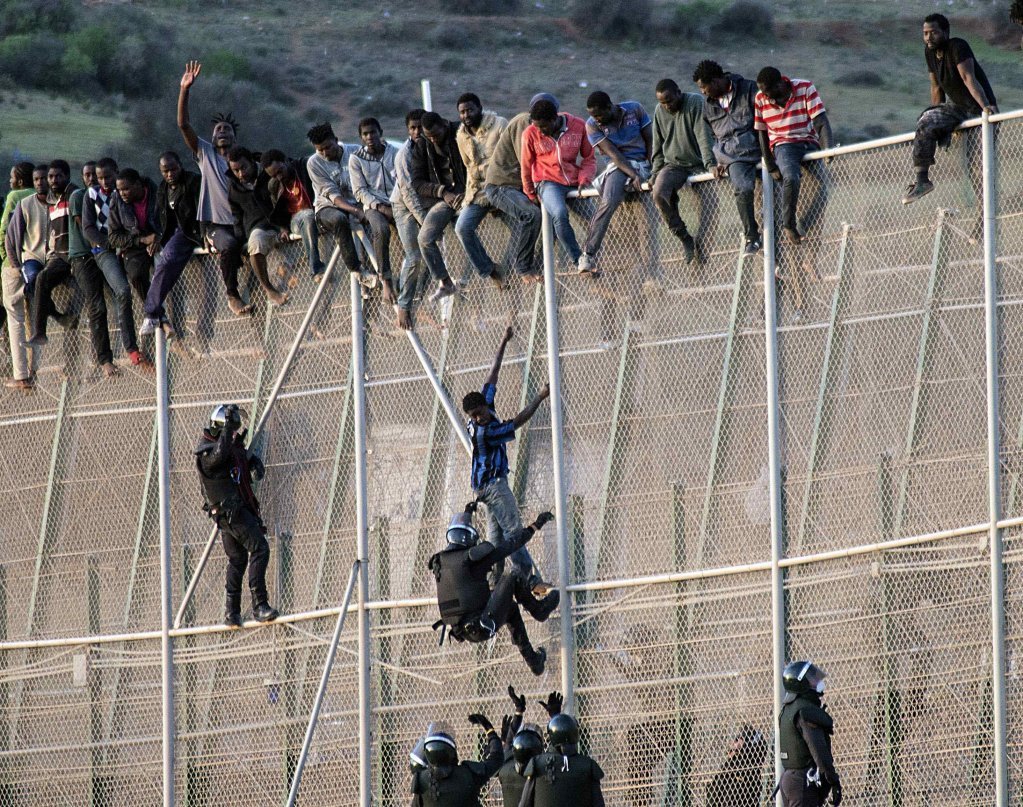 If I had to do it again, I would do it again,” said a young Sudanese man without hesitation, two days after taking part in the largest attempt at forced passage in the Spanish enclave of Melilla, the land border with the European Union, in northeast Morocco.

“After three months spent in a forest living in inhumane conditions, I decided to try my luck,” Mahjoub Abdellah, with a slim figure and tired features, told AFP.

This slender 22-year-old Sudanese who fled the war in Darfur tried on Wednesday to cross the border fence to Melilla in the midst of 2,500 sub-Saharan migrants, because he sees no other way to “live with dignity” than in Europe.

Again on Friday morning, more than 1,000 illegal immigrants tried to cross the triple fence, bristling with barbed wire and about 12 km long, in search of a better future.

The tiny enclave of Melilla, like Ceuta, nearly 400 kilometers to the west, is Europe’s only land border with Africa.

In 48 hours, more than 800 of them managed to enter Mellila, compared with 1,092 in the whole of 2021, according to the Spanish authorities.

Despite an injury to his leg, Mahjoub, a blacksmith’s apprentice, says he is ready to try the crossing again. But for now, he plans to leave the Moroccan border town of Nador in search of odd jobs.

At the foot of the mountain, Moroccan police were deployed Friday along the fence that separates Melilla from the town of Beni Ansar, under the gaze of a handful of curious people. While a group of migrants took, under violent gusts and freezing cold, the rugged paths of Gourougou.

He has been trying to cross the border illegally at Melilla and Ceuta since he arrived in Morocco eight months ago. He is systematically sent back further south, to Casablanca or Safi.

“One day, I will realize my dream. At home, there is no hope”, he summarizes.

Like many of his companions, the young man says he reached the Cherifian kingdom from neighboring Algeria, but he prefers not to talk about his journey.

Next to him, a 17-year-old Chadian woman is impatient to set foot on European soil: “Open the borders, help us. We are tired of being chased, harassed,” she begs.

The young girl, with a tattooed forehead, has not taken part in the recent attempts, but she will stop at nothing to do so.

These mass entries of migrants come less than a year after the arrival in May 2021 of nearly 10,000 migrants in Ceuta, many of them minors, thanks to a relaxation of border controls on the Moroccan side.

This migration crisis, unprecedented for Spain, whose key ally in the fight against illegal immigration is Morocco, was the culmination of a major crisis between Rabat and Madrid.

This was provoked by the hospitalization for “humanitarian reasons” in Spain of the leader of the Sahrawi independence movement of the Polisario Front, Brahim Ghali, considered by Morocco to be a “war criminal”.