Already, Osinbajo support groups have opened a campaign and strategy office for him in the Wuse 2 area of Abuja. 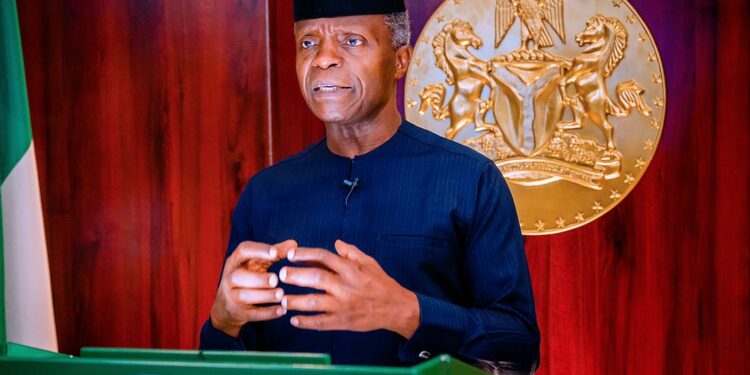 Osinbajo made known in a video on his social media handles Monday morning.

“I am today, with utmost humility formally declaring my intention to run for the office of the President of the Federal Republic of Nigeria on the platform of APC,” Osinbajo tweeted along with a video on his official Twitter handle.

I am today, with utmost humility formally declaring my intention to run for the office of the President of the Federal Republic of Nigeria on the platform of APC. pic.twitter.com/atggfEnF2Q

“For the past seven years, I have served as the vice president of Nigeria, under a true Nigerian patriot. A servant of the nation in war and peace and a man of integrity, President Muhammadu Buhari. We have together walked through some of the most difficult times in the history of our nation.

“But we have remained focused on securing the country, on providing infrastructure and growing our economy. As stipulated by the Nigerian constitution, our tenure will end next year in this period of seven years, I have served the government in several capacities.

“And I have at the direction of Mr president represented the country in sensitive, high-level international engagements. I have been to practically all local governments in Nigeria. I have been in factories, in markets, schools and farms. I have been in agricultural, mining and oil producing communities. In the Delta, in Kebbi, in Enugu, in Borno, in Rivers, in Plateau, and Ondo, and in all other states of the federation, listening to the diverse experiences and yearnings of our people. I have visited our gallant troops in the north-east.

He had earlier revealed his plan to All Progressives Congress (APC) governors Sunday at a dinner he hosted ahead of the party’s primaries in May.

At least 12 of the APC governors, including Nasir El-Rufai (Kaduna), Dapo Abiodun (Ogun), Abdullahi Sule (Nasarawa), Babagana Zulum (Borno) and Babajide Sanwo-Olu (Lagos) were at the dinner, it was gathered.