A Nigerian man has been shot dead for allegedly flouting a stay-at-home order aimed at curbing the spread of coronavirus, police and a lawmaker said on Friday. 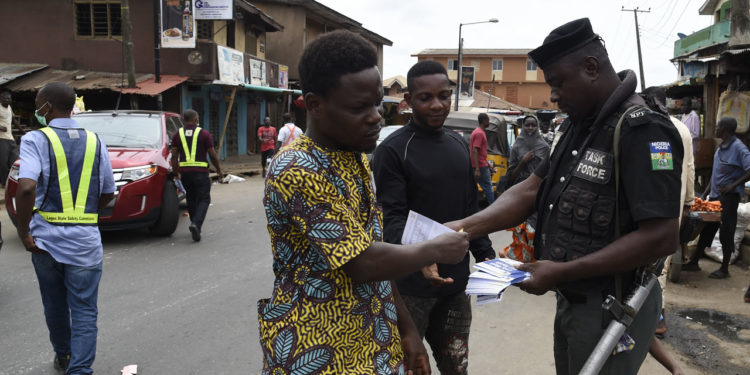 Nigeria has introduced a raft of measures, including lockdowns of major cities, to try to contain the virus, which has infected 184 people, two of them fatally.

Joseph Pessu, a resident of the oil city of Warri in the southern state of Delta, was killed on Thursday by a soldier deployed to enforce the lockdown, the sources said.

In a statement late Thursday, the lawmaker representing the area condemned the incident and called for the perpetrators to be prosecuted.

“Those who are authorised to bear arms in defence of the nation ought to understand that this comes with responsibility, especially when human life is sacrosant,” said Senator Ovie Omo-Agege.

“The killing in Warri… is one too many, as the issue shouldn’t have led to what in my opinion amounted to extrajudicial killing.”

He said he had heard that the army had arrested the soldier who shot Pessu. He called for a thorough investigation and punishment for whoever was responsible.

Meanwhile, the state journalists’ association said some reporters were harassed as they covered the impacts of the coronavirus on the people in the state.

“The journalists were attacked by overzealous members of the task force while monitoring the level of compliance with the stay-at-home directive,” it said.

“This is barbaric, wicked, primitive and ludicrous.”