Eleven hunters have lost their lives after an ambush by suspected bandits on Sunday night, at Dajin Giwa forest, in Kankara council area of Katsina State. 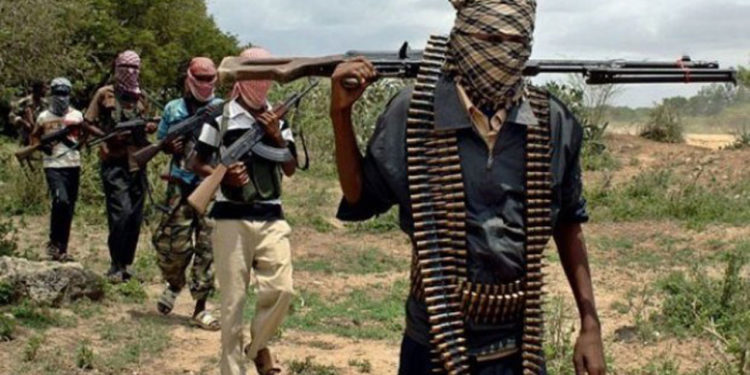 The hunters, who hailed from Zan-Bago, Gidan-Goje, Tashar Tsamiya and Kaurawa communities were on a hunting expedition when the incident occurred.

It was gathered that the hunters that managed to escape sustained serious injuries.

A source in the area told The Guardian yesterday that the bandits killed 10 hunters on the spot, and injured many others.

His words, “We brought their corpses and those injured to Kankara General Hospital this morning (Monday). Unfortunately, one of the injured persons died today (yesterday) bringing the number to 11.”

Police Public relations Officer (PPRO) in the state, SP Gambo Isah, said that only eight of the local hunters were killed during the ambush.

He added that the hunters and some volunteers, locally known as Yansakai, who believed in supernatural powers, had mobilised and gone into the forest to fight the bandits.

Unfortunately, the battle turned bloody as the bandits were armed with dangerous weapons, he noted.

“These hunters and some Yansakai thought they have supernatural powers and medicine against AK47. They grouped themselves and formed a formidable team with sophisticated weapons and went to Dajin Giwa forest to fight the bandits. Unfortunately, while eight of them were killed, some were seriously injured.

Among the dead are Abdulaziz Bawa, Muntari Kaura, Nura and Yahaya both of Tashar Tsamiya and Umar Bawa.

Meanwhile, the Chief Judge of Katsina State, Justice Musa Danladi, has ordered the release of 185 inmates as part of measures to curtail the spread of the coronavirus disease (COVID-19).

Chief Registrar of the state’s judiciary, Kabir Shu’aibu, stated yesterday that the measure was in compliance with directives of the Nigeria Centre for Disease Control (NCDC) and the Chief Justice of Nigeria (CJN), Justice Muhammad Tanko, to heads of courts in Nigeria.

“Following the directive of NCDC and CJN over curtailing the spread of COVID-19 pandemic and to decongest overcrowded correctional facilities, the Chief Judge of Katsina State has, during a visit to the centres, reviewed 200 cases over the detention order of persons awaiting trial in parts of Katsina State,” he stated.
Breakdown of those released showed that 146 of them were awaiting trial inmates, 128 were critically sick, and 11 others awaiting trial.

The statement added that the CJ also directed Judges of the high courts on all judicial divisions to review all cases and detention orders of persons awaiting trial in various courts, and exercise their powers in discretion to grant bail to deserving cases.

In a related development, the fine of 28 inmates have been paid by two non-governmental organisations, Association for the Care and Resettlement of Offenders and Hospital Friends Association.

Following the payments, the inmates were later discharged from the correctional centre.

The two organisations also donated sanitary items, among other necessities to the correctional centre during their visit.