The Addis Ababa-Djibouti railway line adds to the increasing footprint of Chinese-built railways across the Horn of Africa, which covers countries including Somalia, Ethiopia and Kenya. 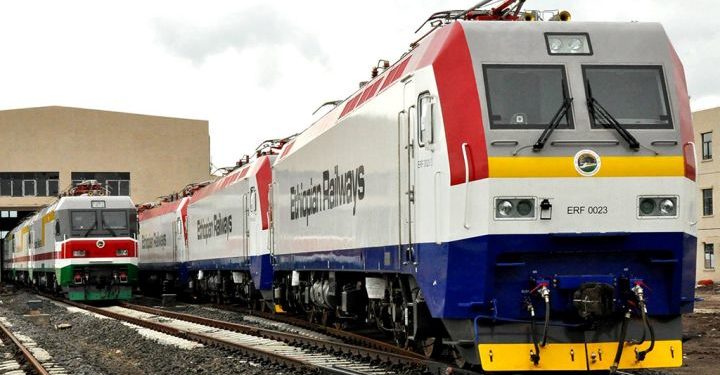 The Chinese-built Addis Ababa-Djibouti Standard Gauge Railway is bound to further facilitate regional integration and prosperity for the Horn of Africa with united efforts from China and Ethiopia, China’s ambassador to Ethiopia said.

Speaking on Monday during a seminar themed “Significance of the Addis Ababa-Djibouti Railway for the Horn of Africa” in Addis Ababa, the capital of Ethiopia, Zhao Zhiyuan, China’s ambassador to Ethiopia, said that the railway has been a means to development, driving economic growth and industrialization while serving as a lifeline of transportation for essential goods.

“Thanks to joint efforts of all relevant parities, the Addis Ababa-Djibouti Railway, as a flagship project of China-Ethiopia cooperation under the Belt and Road Initiative, has made important strides in all aspects since starting operation more than four years ago. The railway is playing an important role in the development of Ethiopia and the Horn of Africa,” Zhao said.

The 752-kilometer transnational railway line, which was inaugurated by then prime minister of Ethiopia Hailemariam Desalegn in 2018, recorded $86 million in revenue last year, a 38 percent increase on 2020. The line was also used by 449 passenger trains and 1,469 freight trains over the year.

“While building a prosperous Ethiopia and Horn of Africa, we will engrave in a cornerstone our friendship and the unreserved support we receive from our sister country China in turning our dream of having a modern standard gauge rail line into reality,” Moges said at the high-level seminar.

She also thanked China for its willingness to engage in areas of cooperation that some development partners are reluctant to pursue, mainly in large infrastructure projects. The seminar also marked the launch of a commuter train service along the line with 19 stations.

“I am very glad to learn that today, the commuter train will start operation. It is another vivid example of how the railway is contributing to the local community. I am confident that, with joint efforts and support from all sides, the railway will play a more important role in future economic and social development in Ethiopia, and in the Horn of Africa at large,” Zhao said.

The Addis Ababa-Djibouti railway line adds to the increasing footprint of Chinese-built railways across the Horn of Africa, which covers countries including Somalia, Ethiopia and Kenya.

In neighboring Kenya, statistics from the Mombasa-Nairobi Standard Gauge Railway operator indicate that it ferried more than 6.4 million passengers between the two largest cities in the country from its launch in 2017 to October last year and it targets 2 million commuters this year.

Currently, the Chinese-built line has on average six passenger trains and 17 freight trains operating along the Mombasa-Nairobi corridor on a daily basis, which has reduced travel time while guaranteeing the safety of commuters and bulk cargo.