Review of Benin-Japan Cooperation for 2021 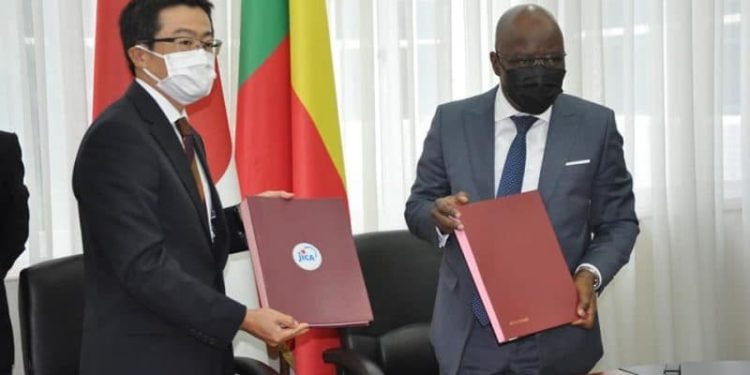 Cooperation between Benin and Japan has borne fruit in 2021. Two major infrastructure projects that were the subject of an exchange of notes between the two parties were at the heart of the annual consultation on bilateral cooperation, held this Wednesday, February 2 in Cotonou.

Although the finalization of the study on the detailed design of the overpass and other preliminary works are underway, the practical phase scheduled to start in June 2022 has been delayed by the non-displacement of the Soneb, Sbee and Bénin Télecom networks.

As for the water supply works, JICA is still waiting for approval of the Environmental and Social Impact Assessment (ESIA) submitted by the Société Nationale des Eaux du Bénin (Soneb) to the Agence Béninoise pour l’Environnement (Abe) and the completion of land acquisition procedures.

Approaches to solutions were defined during the review, with a view to eliminating bottlenecks and speeding up the start-up of these projects, which are generating enthusiasm among the population. For better performance, Hermann Orou Takou, Director of the Cabinet of the Minister of State in charge of the Economy and Finance (Mef), hopes that JICA, Japan’s operational arm, will involve Mef’s technical services more in monitoring its interventions.

He assures that the government has put in place mechanisms of good governance, monitoring and control for a good management of the different initiatives and interventions of Japan in Benin.