Rusesabagina was arrested through "international cooperation" and is detained at a police station in Kigali while his case file is being processed in accordance with Rwandan criminal procedure, it said. 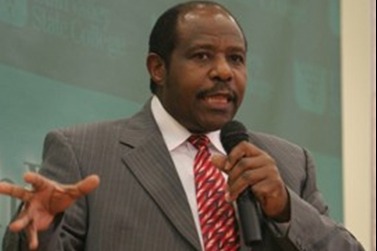 KIGALI – The Rwanda Investigation Bureau (RIB) on Monday said Paul Rusesabagina, model for the starring role of the film Hotel Rwanda, was arrested for being suspected of founding and sponsoring “terror outfits operating out of various places in the region and abroad.”

He is suspected to be the founder, leader, sponsor and member of “violent, armed, extremist terror groups” including the Rwandan Movement for Democratic Change (MRCD) and Party for Democracy (PDR)-Ihumure, RIB said on its Twitter handle.

The 66-year-old was living in exile, while lecturing on the 1994 Rwandan Genocide against the Tutsi that claimed over 1 million lives, mainly ethnic Tutsis.

He was depicted as a humanitarian saving hundreds of ethnic Tutsis during the 100-day genocide as a manager of Hotel des Mille Collines in the film Hotel Rwanda, but survivors disputed the story.

IBUKA, the umbrella organization of genocide survivors associations of Rwanda, had said Rusesabagina exaggerated his role in helping Tutsis escape the massacre.

RIB said that until his arrest, Rusesabagina was the subject of an international arrest warrant, wanted for alleged terrorism, arson, kidnap and murder, perpetrated against civilians on Rwandan territory.

He is accused of being behind several attacks, including one in Nyaruguru District in June 2018 and in Nyamagabe District in December 2018, according to RIB.

Thierry Murangira, acting spokesperson of RIB, told reporters that all rebels responsible for the death and abduction of innocent Rwandans will be brought to book.

“No one can kill Rwandans and go scot free,” he said. “It is a matter of time.”

According to Murangira, Rusesabagina will appear in court soon to answer several charges against him.