Rusesabagina who was presented to the media by Rwanda Investigation Bureau on August 31, and has since been charged with 13 counts, appeared in court for the verdict accompanied by his two lawyers. 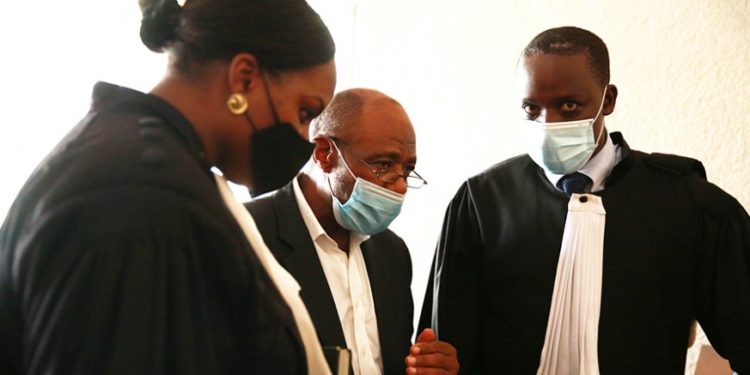 Kicukiro Primary Court has ruled to remand terror suspect Paul Rusesabagina for 30 days, saying that there is serious incriminating evidence pinning him.

The decision follows Rusesabagina’s application for bail on Monday, September 14, saying that he was sick and that he would abide by any other restrictions that court will impose on him.

Presiding judge Dorothy Yankurije said that court analysed merits of each of the 13 charges and found that there was serious grounds to suspect  Rusesabagina committed the crimes he is accused of.

The merits were advanced by prosecution on Monday during the pre-trial hearing, which they said that they has submitted to court documents showing a trail of money the suspect sent to armed groups that have committed acts of terror in Rwanda.

“Court therefore finds it necessary that Rusesabagina is provisionally detained in a prison facility for 30 days,” ruled Yankurije, adding that it was within the rights of the suspect to appeal against the verdict.

According to Yankurije, provisionally detaining the suspect will partly ensure that he does not sabotage ongoing investigation in his case.

Regarding the ill health conditions advanced by Rusesabagina to motivate his bail, Yankurije said that he failed to justify how his detention deprived him of the medical attention he needed.

During the pre-trial hearing on Monday, Rusesabagina said he had been to hospital three times in two weeks, saying that he needed to be out to be able to get ample medical attention.

“I want to tell court that I will be appealing against this decision,” he declared, to which the judge answered that it had been entered on the court record.