Three people were killed by heavy rains that pounded several parts of the country on Friday night. 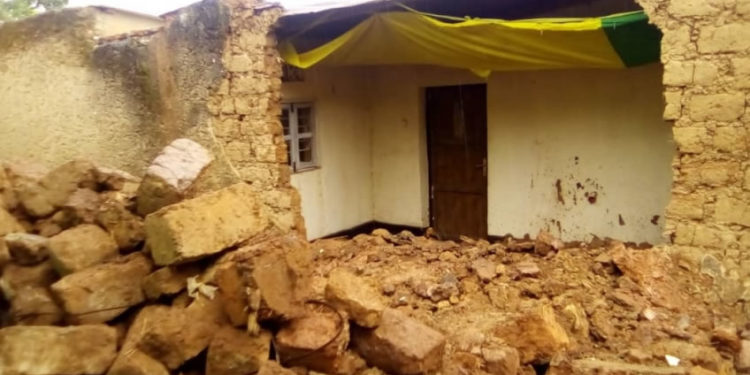 The downpour also left one person injured and destroyed 48 houses, three roads and 35 hectares of crops among others, according to the Ministry of Emergency Management (MINEMA).

The loss follows the recent one on April 21, that claimed 12 lives and destroyed infrastructures.

A prior advisory by Rwanda Meteorology Agency (RMA) back in March had predicted an above-average rainfall through May, usually a period of a long-rainy season.

Western province, according to the April forecast, will receive the most rainfall compared to other parts of the country.

In a tweet, Minema urged citizens to be cautious in this rainy season.

“In these times of heavy rains that take lives of people and destroy infrastructure, we urge the public to be cautious and avoid anything that might cause disasters,” reads part of the tweet.

The Ministry further said that: “Citizens should check the condition of their houses, fasten their roofs and move from those that are not strong whenever it’s raining.”

Other precautionary measures include avoiding to use electronic gadgets or to go in water bodies when the rain has lightning.

Countrywide, floods, rainstorms, lightning and landslides are the major causes of the damages and fatalities.