Investment in data and artificial intelligence or AI will be a key tool driving health system improvements during and after the coronavirus pandemic in Africa, according to a new report by Novartis Foundation and Microsoft. 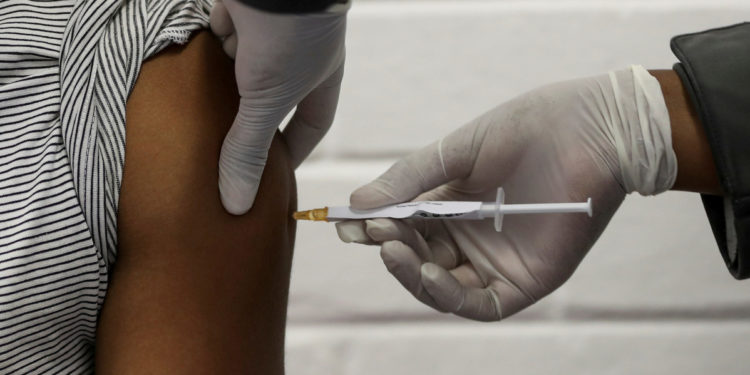 Released on Wednesday, the report said African countries could be the fastest adopters of AI-enabled technologies in health due to lack of legacy systems. It also warned, however, that countries have the most to lose if governments fail to invest now.

Technologies such as mobile phone trading platforms, e-banking, e-commerce, and even blockchain applications have often been adopted faster and more comprehensively in low- and middle-income countries than in high-income countries, and health technologies are likely to follow the same trend, the report stated.

Rwanda is already arguably the most digitally connected health system in Africa, with its virtual consulting service surging past two million users, or one-third of the adult population.

The government of Rwanda and Babylon Health, operating in the east African country as Babyl, entered a 10-year partnership in March to enable Rwandans over the age of 12 to access health consultations via their mobile phones.

Babyl Rwanda was launched in 2016, in partnership with the Bill and Melinda Gates Foundation.

In the country’s rural areas, one doctor may serve as many as 60,000 people thanks to the AI-powered platform, the report said. Additionally, over 13,000 consultations are performed weekly.

The report said investment in supportive AI tools can help nurses and community health workers diagnose and treat illnesses traditionally seen by doctors, in the wake of global shortage of healthcare workers.

“Many countries are ill-prepared to address new emerging diseases such as coronavirus in addition to the existing burden of infectious diseases and the ever-increasing tide of chronic diseases. Digital technology and AI are essential enablers to re-engineer health systems,” said Ann Aerts, head of the Novartis Foundation and co-chair of the Broadband Commission Working Group on Digital and AI in Health.

The report also recommends use of artificial intelligence to verify legitimacy of medicines in an era where markets are flooded with counterfeit drugs.

The 2019 US National Academies of Sciences, Engineering, and Medicine report indicated counterfeit antimalarials alone are estimated to cause 150, 000 deaths annually in sub-Saharan Africa.

In an effort to address the counterfeit issue, RxAll, a Nigerian deep-tech startup, has developed a handheld nanoscanner that authenticates drugs and helps pharmacists and patients avoid counterfeits.

The nanoscanner uses AI to verify the legitimacy of medicines at more than 97 percent accuracy with a simple 20-second test that analyzes the infrared wavelength emitted by a drug and cross-checks it against the profile of the legitimate version.

The report said vaccine wastage is likely to occur when predictions and forecasts are inaccurate, something that can be solved with the use of AI-powered predictive supply chains.

The report recommends governments identify and test innovative ways to finance AI in health solutions, noting national reimbursement of digital and AI-enabled health services is key to ensure financial accessibility in the long run for everyone.

“Secure and privacy-preserving data governance needs to be part of ensuring a sustainable infrastructure,” the report said.