South Africa: The National Freedom Day – the 27th Of April

As South Africans, we are adhering to our Government Regulations to be in lockdown to slow down the spread of the Covid-19 pandemic. 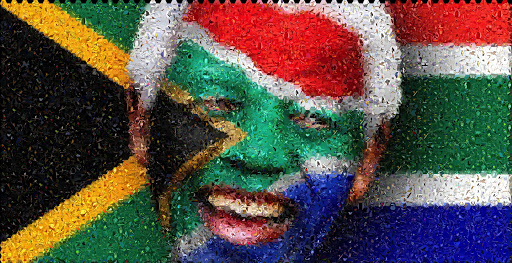 There will not be any mass gatherings, festivals, parties or extended braais today, as we are accustomed to as South Africans when we celebrate The National Freedom Day – the 27th Of April. As we all know, Freedom Day commemorates the day in 1994 when the first democratic election was held in South Africa.

Today, as South Africans we celebrate Freedom Day to mark the liberation of our country and its people from a long period of colonialism and White minority domination (apartheid). However, we dare not to loose focus of the the battle for economic freedom from all and the existing effects of the Apartheid Economic Architecture (AEA) – that we still live with today, on the 27th of April 2020.

The streets are empty and the air smells cleaner. As South Africans, we are adhering to our Government Regulations to be in lockdown to slow down the spread of the Covid-19 pandemic.

The actions and communication strategy by our National Government, and civil society, to manage the spread of the Coronavirus is being hailed as one of the best and most effective responses in the world.

With optimism rising and as the country looks forward to stage 4 of the lockdown on Friday the 1st Of May, the whole Coronavirus season has clearly presented many South Africans with a good platform, including space and time, to think and engage with each other, as families, as businesses and as stakeholders regarding the current social, economic and political  issues that South Africa is still facing after 26 years of democracy.

As the Nation starts to deliberate on the future after Covid-19, with different concepts and perspectives coming across from many sectors, it becomes clear that this is a new dawn – a new world era. Nothing will ever be the same and it is up to us, as a Nation to define the kind of future we want to see and the future we want to live and to prosper in, equally.

South Africans aught to engage on many ways we can unite, as South Africans and particularly as Africans and to identify realistic solutions for continental and national social cohesion. We need to ignite a collective view or approach in tackling the current triple challenges and the issues related to the current economic landscape.

With the efforts, as coordinated by our National Government, showing that there is political will to transform the economy, inclusively, and to deal with the high levels of unemployment, South Africans have a responsibility now, to rise up to the occasion. It’s now or never.

The Covid-19 pandemic is wrecking  economic havoc globally and the world is in a deep recession. Most economies are suffering and their health systems are barely, if not coping at all with the pressure. South Africa, however seems to be managing and even though it has been downgraded by all the rating agencies, and like a domino effect, the Rand continuing to look shaky against the dollar, its weathering the storm.

Whether our leaders are right or wrong? Whether the Government has adopted the right policies or not? Whether white monopoly capital is willing to work hand in hand with the government and the people or not? Whether land is expropriated without compensation or not? Whether the rating agencies all agree that we are junk status material or not? It’s all irrelevant if we do not urgently bring the focus and attention back to designing the future we want. Now is the time.

The world is evolving and we shouldn’t be seen or found to be wanting once the new global system kicks in. The era of the 4IR, the GreenEconomy and SmartCities Concepts, are but just a few new examples of sectors that presents ample opportunities for us to build a National including Regional implementation blue prints that will ensure that Africa’s future generations are not left behind or playing catch up to the rest of the world.

The period we are in, has particularly presented all of us, as South Africans, with a once in a lifetime opportunity to pause and bring about a truly “New South Africa” as envisioned by our struggle heroes.

Why do we, after 26 years of democracy, still continue to talk about the apartheid economic architecture and system including “white monopoly capital “as if it’s a system that is an illusion for us to transform? Is it really? How was it created and maintained?

The questions that should continue to be in our minds is “how do we create a truly inclusive system that is just and fair” and how do we redress the injustices of the past? How should this system look like and what kind of environment will this system need to operate in to flourish and be successful? Will this system be able to create and promote a platform for an inclusive economy or economic transformation?

The propositions and suggestions I want to bring across here, is that we look at a concept or system that I call Ubuntu Economic Architecture (UEA).

How could this system work or be created?

Sustainable Enterprise Development & Entrepreneurship Development Programs should be mainstreamed, encouraged, implemented and aligned to existing resources to create a new localized economy and system that will popularize job seekers to become job creators.
We need to streamline our economic development programs and focus on two or three specific sectors in which we already have abundance of resources and expertise in e.g. Agriculture, Energy and Mining, and thereafter align the above enterprises in agro-processing, renewable energy and beneficiation programmes as an example.
Implementation should be done at district municipal level as per the District Development Model and depending on the resources available within that municipality.

This system can create an inclusive approach at grassroots level and ultimately contribute to this concept of “Ubuntu Economic Architecture (UEA) – Motho Ke Motho Ka Batho – my business exists to empower others while I make profits”.

There are already a number of programs that are currently being implemented in South Africa and these programs have the potential to redress the economic imbalances created by the Apartheid Economic Architecture (AEA). But they are not mainstreamed or institutionalized. AEA was built on the institutional arrangement and concept of ensuring that a specific few “white people” were to be perceived as superior over a large majority of “black people”.

Resources and opportunities where created and made available with the sole intent to ensure that white people prosper and become wealthy.That small minority had the rights and control to the abundance of resource and viable economic sectors, this contributed to the sustenance of the actual AEA system.

Why can’t we do the same but ensuring an inclusive approach is adopted? How do we reverse the AEA system and ensure that the majority of the unemployed and poor people engage in sustainable income generating activities?

The Ubuntu Economic Architecture (UEA) concept and system advocates for the implementation of a collaborative approach to inclusive economic development programs. Social enterprises should be popularized through mainstreaming the registration process and capacity building of social enterprises is very key, NGOs and cooperatives should be aligned to specific socio-economic development plans at local municipal level. Ubuntu is the understanding that “you are what you are, because of those around you”.

For many parts of the African continent, Ubuntu is fairly known but not practiced as much, as it was in the past – mostly would say, ” before independence or freedom”.

So what we do now will help us to see the changes we want to see in the future. We need to institutionalize and streamline our efforts to assist the large majority that are excluded from the “radical economic transformation” agenda? We need to ensure that we create a solid foundation for future generations to build on. Our actions now will be judged by the future state in which our grand kids will live in – 30 years from now.

I believe with the same verve and effectiveness that the Covid-19 communications machinery took off and if the same political will is applied to a focused effort to deal with each one of the triple challenges – then we will have a winning nation.

As a start and as individuals and organizations, we could amongst others:

1) Support or start a progressive campaign e.g “Tomorrow’s Leader – Today!” @ ward level – encourage young people to be leaders and creators of their own destiny –  architects of their own future. As such Ubuntu becomes key.

2) Mobilize the unemployed masses to be job creators e.g value chains and agro processing – go to the masses,  even use tarvens and bars for “BizJam Friday Business Networking Sessions” as an example.  Education is key!

3) Acquire land and develop it e.g manufacturing, agriculture, construction and energy production etc as such, skills development becomes a key.

I can appreciate and understand that it won’t be as easy to implement programmes as stated above – but I believe it’s a start and  if we all pull together as South Africans, like we have done now during this Covid-19 outbreak, we will be one of the best nations in the world. A Nation of Champions 🏾

With that said – I’d like to wish you all a Happy Freedon Day and I pray for peace, love and happiness to reign in our land. May Ntate God bless and prosper South Africa, Africa and all its people – as we enter new era in human history.

Your thoughts will be highly appreciated!