Mantashe was admitted to hospital on the advice of their family doctor for better medical attention and monitoring, government spokesperson Phumla Williams said in a statement. 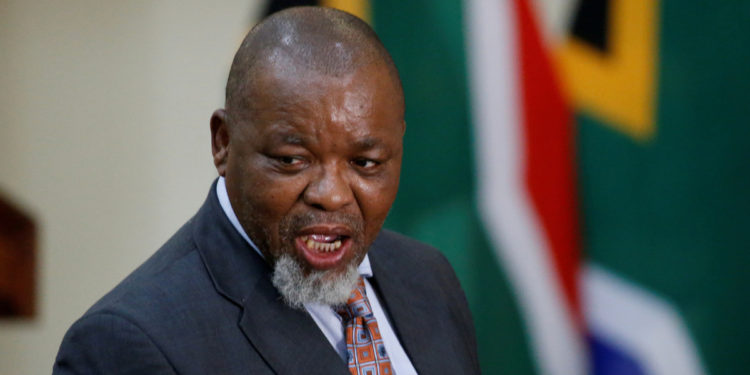 CAPE TOWN – South Africa’s Minister of Mineral Resources and Energy Gwede Mantashe was admitted to hospital for COVID-19 on Monday, the government announced.

Mantashe and his wife Nolwandle Mantashe had been put under self-isolation at home after testing positive for COVID-19 a week ago.

Mantashe’s wife remained in self-isolation although her husband has been admitted to hospital, Williams said.

“We will continue to give the Mantashe family all the support they need during this time. We wish both Minister and Mrs Mantashe a speedy recovery from this invisible enemy and we are quite confident that they will emerge victorious against the coronavirus,” said Williams.

In addition to Mantashe, two other cabinet officials – Minister of Employment and Labor Thembelani Nxesi and Minister of Defence and Military Veterans Nosiviwe Mapisa-Nqakula – have also tested positive for COVID-19.

Mapisa-Nqakula has recovered and Nxesi is still in self-quarantine, the government said earlier.

The transmissions among senior politicians highlight the seriousness of the escalating pandemic in South Africa, the worst affected country on the African continent.

As of Monday, South Africa recorded 364,328 confirmed cases and 5,033 related deaths, according to official figures.