Over 139 Europeans left Equatorial Guinea on Tuesday amid the coronavirus pandemic. 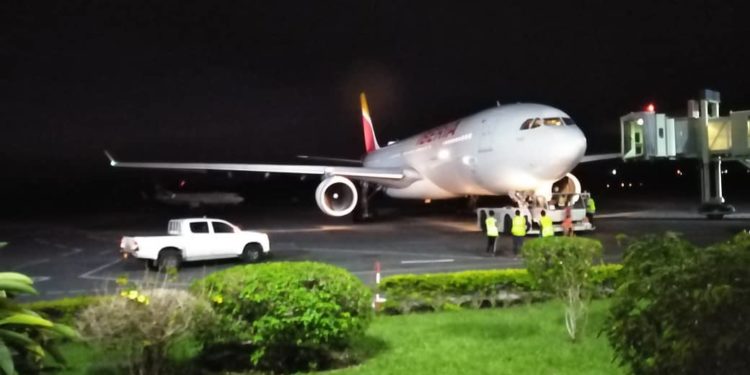 According to a tweet of the Spanish Mission in Equatorial Guinea, the evacuees left from Malabo International Airport, the capital on a chartered Iberia International flight to Madrid, on April, 21.

Although closed to international flights, the Government permits countries to evacuate their nationals using the airports.

“At least half of the passengers onboard were Equatoguineans of dual nationality” EG national TV said.

Spain, Italy and France – the worst-hit European countries – have all recorded more than 20,000 deaths.