State ready to evacuate Kenyans from China at their cost

Africans stranded on the streets in China following discrimination claims 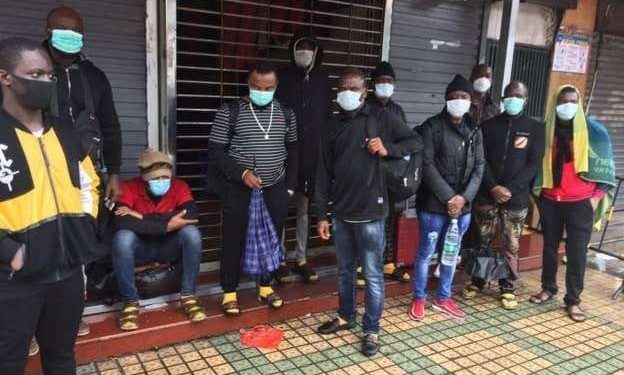 Those willing to be repatriated must be ready for a compulsory quarantine of 14-28 days.

The government through its embassy in Beijing has asked Kenyans who are willing to return to home from China to submit their details.

Those who will meet the set terms will be repatriated at their own cost through a chartered flight.

The terms set by the embassy include that one must be a Kenyan citizen, must hold a passport and must pay for their own ticket,

The person must be free of Covid-19 with a certificate to that effect and must be ready to go for compulsory quarantine for 14 to 28 days upon arrival.

The embassy said those who will be ready to travel back to the country will be updated on the departure date.

“Please note that the departure will be from Guangzhou on the date to be determined immediately the above information is availed,” the Kenyan embassy in China said in a statement.

This comes amid an outcry from Kenyans to the government to evacuate citizens in China following claims of racism against African citizens.

The government had earlier ruled out any plans to evacuate Kenyans stranded in China and instead proposed creation of a diaspora fund for them.

He said a number of Kenyans living in China had not registered with the Kenyan embassy, which makes tracing difficult.

Kamau, however, acknowledged that the Covid-19 outbreak had greatly impacted on the health and socioeconomic welfare of Kenyans and other foreigners living in China as well as other parts of the world.