The cost of living in Sudan has soared over the past month, with key foods becoming more expensive just as the impact of the coronavirus pandemic increases concerns about health and hunger in the country. 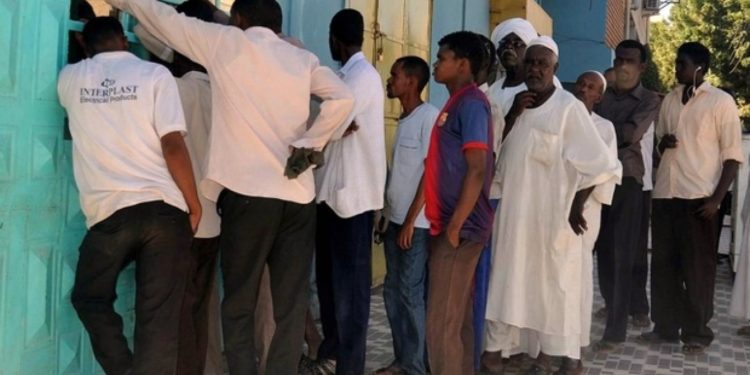 A year since the tripling of the price of bread inflamed grievances against the 30-year rule of Omar al-Bashir, propelling protests that led to him being deposed, living costs have remained high and queues for bread are still a common sight in the country.

The inflation rate in April shot up to 99 percent, up from 82 percent the previous month, due to increased prices of grains, meat, milk and bread, according to the Sudanese Central Bureau of Statistics.

Many in Sudan could soon face a food crisis, according to the US government’s famine warning system, especially in Sudan’s conflict zones in Darfur and South Kordofan, as well as the Red Sea and Kassala states.

According to the US report, the cost of key grains such as sorghum and millet grains rose by up to 50 percent in March and April. The current prices are more than 400 percent above the average price over the past five years.

It warned that coronavirus restrictions were limiting work opportunities for low-income families while the Sudanese currency continues to weaken.

Sudanese Prime Minister Abdalla Hamdok’s experience as a United Nations economist was key to his appointment in August to the power-sharing government formed to replace Bashir, but Sudan’s crippling economic crisis has persisted since his appointment.

Sudan has had 1,964 confirmed cases of the coronavirus, including 91 deaths, as of Saturday.

The outbreak has caused rifts within the government, leading to a controversial attempt to dismiss the health minister earlier this week.

New research from the World Health Organisation has predicted a quarter of a billion Covid-19 cases in Africa, though it expected fewer will die there than in Europe and North America thanks to it having a younger population.