Nigeria: Sultan of Sokoto reveals what States must do to stop COVID-19 spread

Alhaji Muhammad Sa’ad Abubakar, the Sultan of Sokoto and President-General of Jama’atu Nasril Islam, JNI, has revealed why Coronavirus is fast spreading across Nigeria. 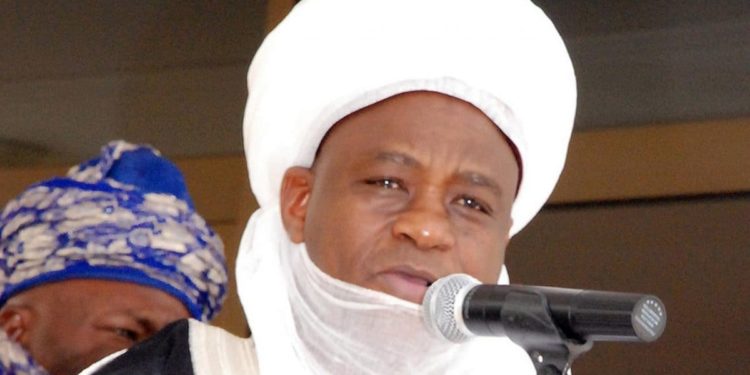 He blamed it on lack of coordination by state governments in the fight against the disease.

The Sultan of Sokoto urged states to shut their borders, and at restrict inter-state movements.

In a statement by Secretary-General, Dr. Khalid Abubakar Aliyu, the monarch said the spread of the pandemic would be curtailed if states shut their borders simultaneously.

The statement reads: “We appeal to state governments to synergize and complement each other properly in addressing the spread of the pandemic in Nigeria. What obtains now isn’t too good for our well-being.

“While some states are strict in observing established protocols against the spread of the pandemic, others are slack, giving opportunity for steady rise in number(s) of cases in states.

“The fight against the pandemic by state governments should be unified. More surveillance should be thoroughly mounted at states’ borderlines/entry and exit points, with medical check-ups where necessary.

“This is so averred due to the flagrant inter-state and intra-state mass movements (travelling), added to the slow screening and/or testing of suspected cases. On the other hand, we commiserate with the federal and state governments, as well as family members’ of health workers – who have made sacrifices and are very much at the front-line of the pandemic, leading to some of them losing their precious lives.

“We specifically condole with their respective families and pray that they be better comforted by Allah, the Most Compassionate.”

As of Monday night, the Nigeria Centre for Disease Control, NCDC, confirmed 38 new COVID-19 cases as the country’s toll stood at 665.