A devastating drought in southern Madagascar has put vast numbers of the region's residents on the brink of starvation. 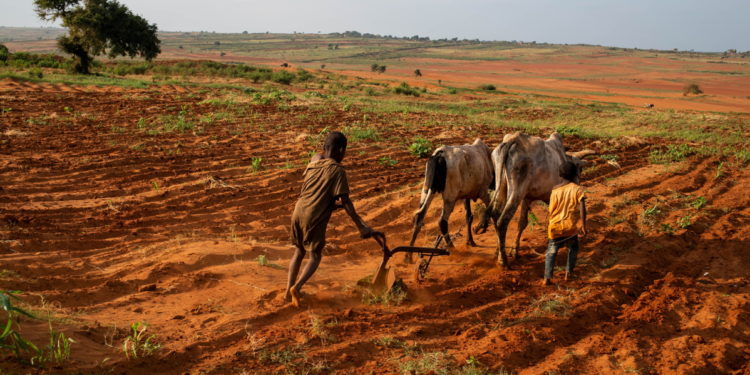 At least 1.3 million people, or around two-thirds of those living in the Grand Sud region of the African island nation, are not getting enough food, said the United Nations Office for the Coordination of Humanitarian Affairs. The drought has been called one of the region’s worst in four decades.

The lack of rainfall, coupled with the effects of sandstorms, has made it nearly impossible for farmers to grow their own food. Many are now eating leaves, locusts and cactus fruit.

“We live on wild tubers like fangitse and the red cactus in the forest,” Tamaria, a resident of Amboasary district, was quoted as telling Shelley Thakral, an advocacy specialist at the UN’s World Food Programme.

“We sold all our domestic goods, including spoons. If we find green vegetables and want to cook them, for example, we need to borrow pots from other people. I have nothing left and it is painful.”

Thakral, on a visit to Amboasary, said that inside Tamaria’s bamboo hut there was only a thin mattress. The mother of seven, who has to walk 4 kilometers to fetch water, sends two of her children to the forest to gather wild tubers.

“The next planting season is less than two months away and the forecast for food production is bleak,” Thakral wrote in a dispatch from Amboasary, one of the worst affected districts, on July 8. “The land is covered by sand; there is no water and little chance of rain. We need to urgently scale up－and more funds so that we can feed more people in need.”

Issa Sanogo, the UN resident coordinator in Madagascar, said that in some of the areas he recently visited in Grand Sud, malnutrition is at levels almost quadruple that of the five-year average.

He said that in Amboasary Atsimo, about 75 percent of the people are facing severe hunger and about 14,000 are estimated to be on the brink of famine.

According to Action Against Hunger, a humanitarian organization based in New York, more than 135,000 children in Grand Sud are acutely malnourished, with 27,000 of them suffering from severe acute malnutrition.

“The lean season comes every year, but right now, it is particularly hard. It has lasted the whole year,” Jean Delacroix Tsimanantsiny, deputy head of programs for Action Against Hunger in Ambovombe district, said in a statement on Thursday. “This year, the rains have not fallen and the population is suffering.”

The country’s southern region is the first in modern history to experience catastrophic levels of hunger caused solely by the consequences of the climate crisis, experts said.

Madagascar is vulnerable to cyclones as it is in the direct path of any storms blowing east from the Indian Ocean.