Top 10 African Countries With The Most Automobiles 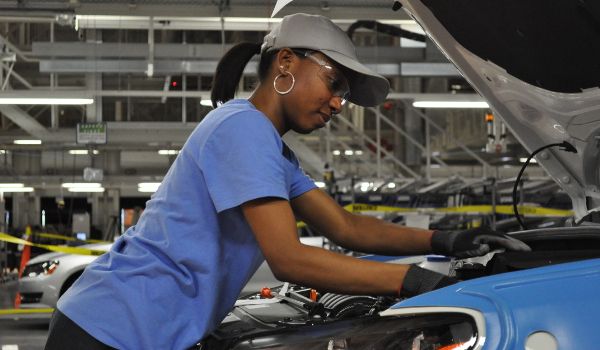 Africa boast of more than a billion people,  that is 17% of the world’s population, yet the continents  accounts for only 1% of cars sold worldwide, compared with North America’s 17%, Europe’s 22%, and China’s 30% according to the Paris-based International Organization of Motor Vehicle Manufacturers (OICA).

Africa records an average 44 vehicles per 1,000 people, compared with the global average of 180 and 800 in the United States.

But as the continent is set to turn the page on 2021 much is set change, with the continent undoubtedly now recognized as the next big market due to the rapid growth of its population and economy.

Multinational vehicle manufacturers are making huge investments in the Sector creating several  automotive manufacturing hubs on the continent , Nissan notably is preparing to launch an assembly plant.  Also production plants are being set up in Angola, Ethiopia, Ghana, Kenya, Namibia, Nigeria and Rwanda.

This Article takes an depth look at the “Top 10 African Countries with the most automobiles”  in the context of Car-to-Population Ratio, here we go.

The West African Nation of Liberia may endure poor infrastructure, especially its roads but yet Liberians love cars, so they buy cars.

Liberia has one of the highest car to people ratios in the continent. For every  four (4)Liberians there is a vehicle.

Nigeria has the largest population in Africa and boast of an oil-powered economy, and as such enjoy a decent amount of money in circulation.

Nigeria is the number one car purchaser  on the continent, with an average of 70,000 vehicles sold annually.  It is estimated that to every 12 citizen there is a Vehicle , that is 12 Nigerians to one Vehicle.

Second to only Liberia -South Africa has the second highest cars per capita in Africa. One in every five people in South Africa owns a vehicle. The year 2012 witnessed a peak in its local sales after it recorded  more than 250,000 units sold.

Egypt has maintained its lead as the number one car purchaser in North Africa and In 2012, sales topped more than 100,000 vehicles. There is a vehicle for every 14 Egyptians.

Morocco is a major assembly hub for cars in Africa. To date, there are close to 2.8 million registered cars in the country and every year, more than 110,000 vehicles are imported. There is a car for every 11 Moroccans.

Tunisia is one of the leading car parts manufacturers on the continent.  Annually it records more than 100,000 vehicles.  Its estimated  for every seven Tunisians there’s a car

The stable political climate also encourages investors who pump money into the economy. Today, there is a vehicle for every 22 Ghanaians. A boom that was observed in the year 2011 due to the discovery of minerals.

Esast African Nation Kenya is teeming with a bursting population of over 40 million, more than 10,000 vehicles are sold in Kenya annually. Currently, the statistics indicate that there is a vehicle for every 30 Kenyans.

The fluctuating currency of Tanzania reflects on the Stats in Sales figure generated by the nation. However, there is a vehicle for every 47 people.

The population of Mauritania stands at a mere 3.5 million people. However stats reveal there is a Vehicle to a nine citizen.

Ultimately the continent is witnessing rapid urbanization and improving economies, prompting experts to dub it the final frontier for global carmakers.