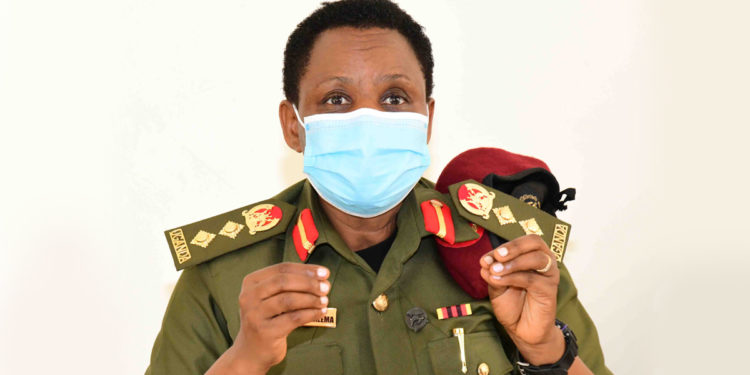 Brig. Isoke formerly served as the deputy director of the Chieftaincy of Military Intelligence (CMI) and was the head of peace operations at the East Africa Standby Force (EASF).

Col. Nakalema is among the senior Uganda Peoples Defence Forces officers who were sent for a one-year training course at the newly established National Defence College in Jinja.

The intake includes defence spokesperson Brig. Flavia Byekwaso, Brig. Peter Chandia who was the commander of Special Forces Command (SFC) who have all since been replaced.

The State House Anti-Corruption Unit was formed in December 2018 by President Yoweri Museveni acting under Article 99 (4) of the Constitution.

The unit has in liaison with the Criminal Investigations Department of the Uganda Police Force acting under Article 120 (3) (a) and other constitutionally mandated agencies carried out several anti-corruption investigations and caused the charging of several persons before the courts of law.

From inception to date, the unit has so far conducted investigations on corruption related offences in the central government (ministries, departments and agencies), local governments and the private sector. These investigations are so far worth sh350b.

Its vast investigations have also led to the arrests of top government officials and has almost checked impunity among state actors.