The Uganda Virus Research Institute (UVRI) is partnering with Imperial College London to start the first Covid-19 vaccine trial in the country by December. 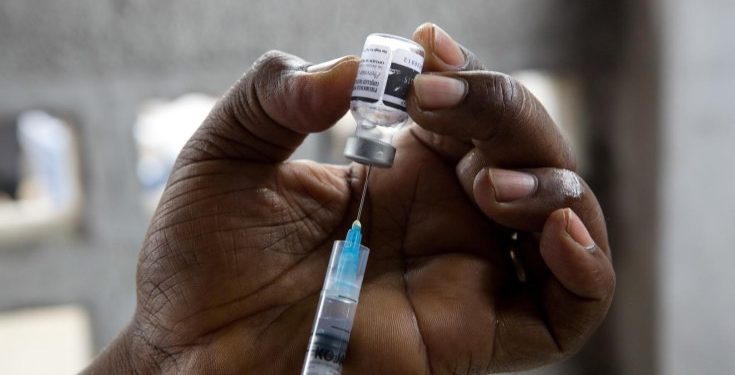 Prof Pontiano Kaleebu, the UVRI Director, told Daily Monitor yesterday that they are completing necessary internal processes before beginning to enrol volunteers for the trial.

“We are working on a protocol to start a clinical trial for a vaccine that is being developed in the United Kingdom by Imperial College London. The trial will begin by around December. The trial is going to focus on the safety of the vaccine and its immunogenicity,” he said.

Immunogenicity is the ability of a foreign substance to provoke an immune response in the body of a human.

There has been an uproar in the African continent on using Africans as guinea pigs to test foreign vaccines.

Prof Kaleebu, however, advised Ugandans to think positively about the vaccine.

The expert said the clinical trial is in the best interest of ensuring that the vaccines developed are effective and safe for the nationals.

“Even the antibiotics and the polio vaccines we are using here in the country were developed by foreign people,” Prof Kaleebu added.

The clinical trial for the Imperial College vaccine is being done in more than 200 people in the UK’s areas of Chelsea and Westminster Hospital NHS Foundation Trust, Imperial College Healthcare NHS Trust, among others.

Prof Kaleebu, however, said he is confident that people will participate in the clinical trial process.

“We shall educate people. Even for Ebola [vaccine], we never failed to get volunteers. Sometimes those who are opposed are the noisiest; you may think they are carrying the opinion of the whole world,” he added.

Although several vaccines are based on weakened or modified forms of the coronavirus, the Imperial vaccine uses synthetic strands of genetic code, called RNA (Ribonucleic acid) which mimics the coronavirus.

The earlier report from the college for the completed preclinical trial, shows that the vaccine produced highly specific antibodies against Covid-19 in mice, which were able to neutralise the virus.

The vaccine, when injected in the muscle causes the self-amplification of the RNA, generating numerous copies of itself.

The numerous RNA produced will then train the body immune system to quickly recognise and fight coronavirus. The RNA does this by instructing the body cells to make copies of a spike protein found on the outside of the coronavirus, according to information from the developers.

The experts also say that because only a tiny amount of genetic code is used, one litre of its synthetic material can be enough to produce two million doses.

Dr Monica Musenero, the senior presidential adviser on epidemics, who is also coordinating the vaccine development process among country’s scientists, said there is progress.

Dr Musenero had earlier told this newspaper that four vaccine candidates are lined up for development by Makerere University, Kampala International University, UVRI and other medical research Institutes in the country.

“We are not giving many details for a strategic reason. We are doing our best here. We know Covid-19 started in their countries early and so they are ahead of us; we shall also reach there,” she said.