US Treasury Secretary Janet Yellen said on Monday that the US economy "has never worked fairly for Black Americans" and there is much more work needed to be done to narrow racial wealth gap. 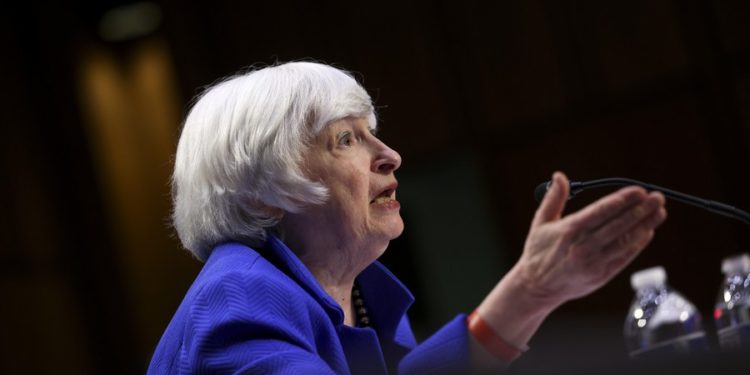 “From Reconstruction, to Jim Crow, to the present day, our economy has never worked fairly for Black Americans – or, really, for any American of color,” Yellen said in prepared remarks at the National Action Network’s Annual King Day Breakfast to honor the civil rights leader Martin Luther King Jr.’s legacy of justice and equality.

“Since taking office last January, our administration has tried to change that; to ensure that neither the figurative bank of justice – nor any literal economic institution – fails to work for people of color,” she said.

Yellen noted that the Treasury Department has taken a number of actions to make the department more inclusive, including completing Treasury’s first equity review, hiring the department’s first ever counselor on racial equity, and implementing pandemic relief bills with equity in mind.

“Of course, no one program and no one administration can make good on the hopes and aspirations that Dr. King had for our country. There is still much more work Treasury needs to do to narrow the racial wealth divide,” Yellen said.

“We also know that progress requires a constellation of actors across generations, in and out of government … I look forward to continuing the effort for racial and economic equality in 2022,” she added.

The racial wealth gap in the United States has widened notably over the past few decades. The average Black and Hispanic or Latino households now earn about half as much as the average White household and own only about 15 to 20 percent as much net wealth, according to research conducted by economists at the Federal Reserve.