Washington: US reveals whether it will impose sanctions on Putin – media

The correspondent noted that sanctions make it difficult for the target to travel and coordinate with partners, which could hinder future negotiations between Russia and the US. 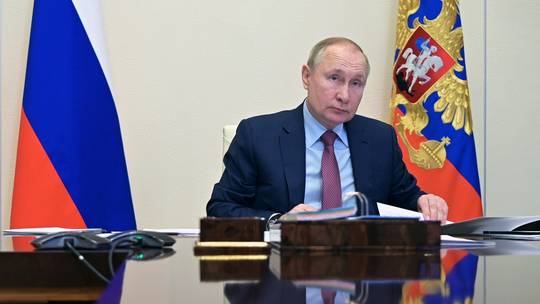 Washington has decided that it is not yet ready to make good on its threat to impose sanctions on Russian President Vladimir Putin, CBS has reported, citing sources who say that it would cause problems in ongoing negotiations over security in Eastern Europe.

On Wednesday, the New York-based network reported that anonymous sources inside President Joe Biden’s administration had said that the White House was still open to the idea of sanctioning the Russian leader in the future, but that for now, it had decided not to. According to the sources, officials had decided that it would cause “technical difficulties.”

Previously, Biden had said that he would not rule out the possibility of personal sanctions against Putin in the event of a Russian invasion of Ukraine. At a press conference on Monday, White House Press Secretary Jen Psaki told reporters the administration believes that the threat of massive economic sanctions is the most effective tool in deterring Russia from attacking Ukraine.

American and Ukrainian leaders have been warning for months that they fear Russia could be planning an imminent invasion of its neighbor, and have pointed to reports of Russian troop movements near its border with Ukraine. Moscow has denied that it has any aggressive intentions, saying that it is simply moving soldiers within its own territory, and has called for written guarantees that NATO, the US-led military bloc, will not expand into Ukraine – a deal American negotiators have said is off the table.

Recent research by the Moscow-based Levada Center pollster, registered as a foreign agent by Russia’s Ministry of Justice because of links to overseas funding, found that 66% of the 1,640 Russians surveyed were not at all worried or not very worried about Western sanctions, and 32% were very worried or somewhat worried. Forty-one percent of respondents said that they think sanctions will only affect the small group of people responsible for Russian policy in Ukraine.