The World Food Programme will provide Sudan with 200,000 imported tonnes of wheat, the latter will pay in local currency. 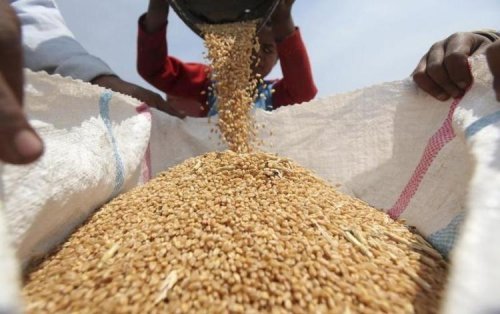 April 13, 2020 (KHARTOUM) – The World Food Programme will provide Sudan with 200,000 imported tonnes of wheat, the latter will pay in local currency.

The deal was signed by Ibrahim al-Badawi Finance Minister and Hameed Nuru WFP Country Director in Sudan on Monday.

According to the finance ministry with this deal, Sudan will save more than $50 million, an important amount of money for the impoverished country which faces an acute shortage of hard currency.

The WFP will use the local currency to provide cash assistance to empower vulnerable people to buy essential needs from local markets.

Last week, the Sudanese government decided to direct the shipments of imported gasoline to ensure the needs of wheat harvest in Gezira schemes including the Mangil and Rahad extension.

The difficult decision, which will affect the provision of the capital in gasoline and aggravated the transportation crisis, was taken in a ministerial meeting headed by Prime Minister Abdallah Hamdok on 8 April.

Senior officials told Sudan Tribune that a successful harvest of the 570 cultivated feddans will cover Sudan’s needs of wheat for six months.

Also, the remarkable increase in the production of wheat this year will save one billion eight hundred million dollars for the national treasury.

Initially, the government was counting on a $3 billion aid pledged by Saud Arabia and UAE to cover its needs in petroleum products, wheat and products used by the agricultural sector until the end of 2020.

However, the Gulf countries stopped their aid to Sudan since the end of 2019.

A donor conference is expected to be held next June to fund recovery and development projects in Sudan.