CIVIL SOCIETY organisations have demanded that the government must engage China regarding “irresponsible investors” from the Asian giant country who are violating human rights and are illegally extracting natural resources. 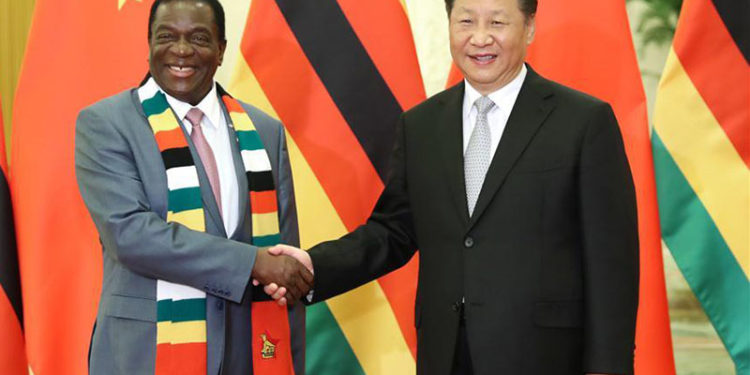 The ultimatum follows the latest order issued by a Chinese mining company giving Binga villagers in Matabeleland North province, a three-month notice to leave their ancestral land after the miner was granted permission to extract coal in the area.

In the last decade, there has been an increase in human rights violations by Chinese investors in Zimbabwe’s mining sector especially in areas endowed with natural resources.

“We expect the Zimbabwe government and the media to engage China from the vantage point of advancing Zimbabwe’s national interest and promoting and protecting the dignity of the Zimbabwean people against corporate injustice and human rights abuses,” the statement reads in part.

“We call on the Government of Zimbabwe to openly engage affected communities through public hearings to understand the sentiments of the citizens regarding human rights, environmental and social impacts of Chinese investments in those communities. It is essential to listen to the real people in the affected communities.

The rights groups tasked the Chinese Ambassador to Zimbabwe, Guo Shaochun, to visit some Chinese operations in the country and have an appreciation of employees’ working conditions.

“The Chinese investors in Zimbabwe should be accountable to local communities and open to public scrutiny, starting with their contracts, their taxes, and beneficial ownership. We neither pander to the West nor to the East. We place it on China that how would they react if an African starts blasting the Great Wall, without a license, and uses Sino-Afro ties as defence? If China respects and loves Africa as it purports, then the primary sign is to place ordinary citizens at the centre of development.

“We, the Zimbabwe Civil Society groups, united in our common objective of defending our communities and national heritage against investment projects that disempower and impoverish our people, seek to register our deep concern with the behaviour of Chinese business operations in Zimbabwe. We do not seek to defame China or trigger xenophobic resentment towards Chinese nationals in Zimbabwe. On the contrary, we seek fair and mutually beneficial relations between the two countries.”

Experts say Chinese investors will increase in Africa due to the Belt and Road Initiative (BRI) which was introduced by the Asian giant’s President Xi Jinping in 2013.