Parliamentary Legal Affairs Committee Chairperson Kezzie Msukwa described her resignation as a tricky situation considering that she is required to serve her three months’ notice, according to the contract she signed 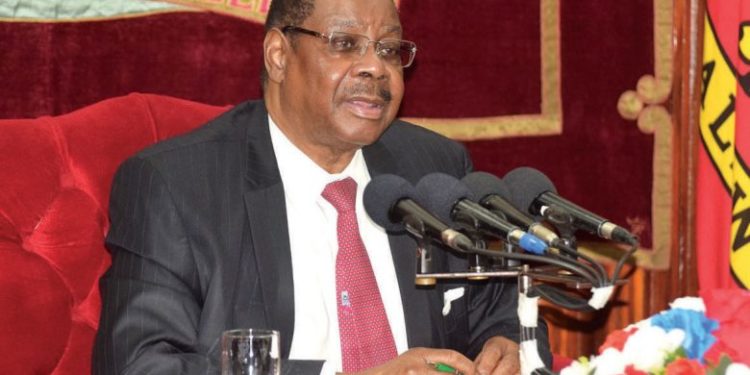 Mutharika, who accepted the resignation Friday, uttered no word about Ansah’s replacement and fate of the other commissioners, whose contracts expire in 13 days.

On February 3, 2020 the Constitutional Court nullified the May 21, 2019 presidential elections, a ruling which was upheld by the Supreme Court of Appeal a couple of weeks ago.

On Thursday night, Ansah announced that she had stepped aside pending approval from the appointing authority.

“I can confirm that His Excellency the President Prof. Arthur Peter Mutharika has accepted the decision of Dr. Jane Ansah SC to step aside as Chairperson of the Malawi Electoral Commission.

“In accepting the decision, the President has described Dr. Jane Ansah as a distinguished Malawian patriot who has served her country well and selflessly. The President is wishing Dr. Jane Ansah well in her future endeavors,” he said.

“My fear is that she will still be in office and physically leave office in August 2020. Between August and October, she will utilise her leave days up to the expiry of her contract. This is so that she will not lose her benefits. It’s my hope that she will leave the office for good,” Msukwa said.

In separate interviews, political parties had mixed sentiments towards Ansah’s move to step down from her position.

Democratic Progressive Party (DPP) spokesperson Nicholas Dausi said the party cannot comment on the matter arguing it is between the appointing authority and her.

“I think that is something that as a party we cannot comment on because that is an issue between her and the appointing authority,” he said.

However, Malawi Congress Party (MCP) secretary general, Eisenhower Mkaka said her resignation is no cause for celebration, saying it is not a trustworthy action in the manner it has been done.

“We welcome the resignation; that is what we wanted. If you remember we had two question and now one question has been answered. But now we want to understand why it took her so long to resign. She mentioned she would resign after the Supreme Court ruling and weeks have passed since the ruling why did she not resign then?

United Democratic Front (UDF) spokesperson Ken Ndanga said her decision to resign is welcome as it is coming in line with the Supreme Court of Appeal’s judgment.

In regards to the nomination of names for new commissioners, the four major political parties have disclosed that they are yet to be consulted by the appointing authority for the names.

Mkaka of MCP said as a party they are ready with three names which they will submit.

Dausi said the party is aware of the requirement but asked for time to consult.

Chidanti Malunga said “When we are contacted we are going to submit the names,”.

And UDF’s Ndanga said by tradition they normally receive letters from the Office of President and Cabinet (OPC) asking them to submit names and in this case they have not been requested to do so.

Meanwhile Khumbo Soko, one of the lawyers representing Vice President Saulos Chilima, say they have filed an application of appeal to the Supreme Court seeking clarification of dates for the fresh elections.

This was corrobotrated by Supreme Court and High Court

“I can confirm lawyers representing the Vice President have filled their application,” Patemba said.

According to Soko, their application seeks clarification on whether it is Parliament that must fix the date for elections or the commission.

The application has come at a time when Centre for Multiparty Democracy (CMD) Executive Director Kizoto Tethani told the Legal Affairs Committee of Parliament yesterday that the uncertainty over the dates could frustrate the fresh elections.

The committee has been meeting stakeholders on the way forward after the Supreme Court judgment that the country must hold fresh presidential elections.