Malawi to open embassy in Jerusalem

The east African majority Christian country of Malawi has had relations with Israel since 1964, but neither country has opened an embassy on the other’s territory. 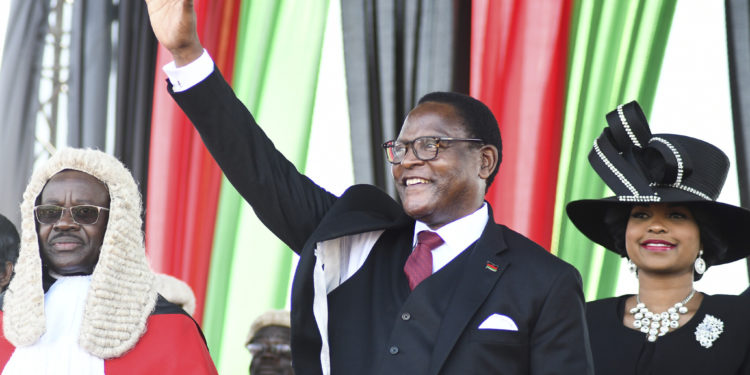 Malawi's newly elected President Lazarus Chakwera greets supporters after being sworn in in Lilongwe, Malawi, Sunday, June 28 2020. Chakwera is Malawi’s sixth president after winning the historic election held last week, the first time a court-overturned vote in Africa has resulted in the defeat of an incumbent leader. (AP Photo/Thoko Chikondi)

The African country of Malawi over the weekend announced that it would open an embassy in Jerusalem, following similar announcements by Serbia and Kosovo.

To date, only the United States and Guatemala have embassies in Jerusalem, while the remainder of the 87 embassies in Israel are located in the Tel Aviv area.

On Friday, Malawian President Lazarus Chakwera spoke of opening an embassy in Jerusalem as he addressed the country’s parliament and spoke of the need to reform its Foreign Ministry.

“The reforms will also include a review of our diplomatic presence including our resolve to have new diplomatic missions in Lagos, Nigeria, and Jerusalem, Israel. I will be sharing more details about this in the near future.”

Should Malawai make good on its pledge, it would be the first African country to take this step.

The bulk of the international community has refused to recognize Jerusalem as Israel’s capital, holding that such status could only be granted upon conclusion of a final status agreement for a two-state resolution to the Israeli-Palestinian conflict.

US President Donald Trump’s peace plan clarifies that Jerusalem is Israel’s capital. The US has pushed for other countries to recognize this by relocating their embassies there.