Igbonwa was also accused in 1989 by the US Immigration and Naturalisation Service of sham marriage, thereby denying him permanent resident status. 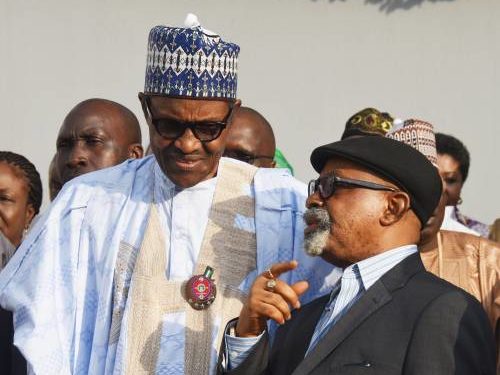 The Nigerian Government has named an ex-convict, Franklin Uzo lgbonwa, as Chairman of 20-member committee that will oversee the recruitment of 21,000 youths in Anambra State.

In October 2019, President Muhammadu Buhari approved a Pilot Special Public Works Programme in the rural areas domiciled in the National Directorate of Employment for implementation.

The programme seeks to employ about 774, 000 youth for three months and they would be engaged in unskilled jobs such as street sweeping, clearing drainages, controlling traffic and road construction among others.

Igbonwa, who is a cousin to the Minister of Labour and Employment, Chris Ngige, was named as the committee chairman in Anambra State to select the 1000 persons per local government area that would be engaged by the government in the Special Public Works Programme.

Known to be a front and surrogate Ngige uses to siphon public funds and corner juicy contracts in the Ministry of Labour and Employment as well as other parastatals and ministries, Igbonwa was indicted by a United States federal grand jury and convicted in 1990 for drug violations.

He was sentenced to nine years in prison on two count charges, the sentences to run concurrently, and 10 years of supervised release, court documents seen by SaharaReporters read.

“Franklin Uzo Igbonwa is a Nigerian citizen who entered the United States in 1986 as a “non-immigrant visitor for pleasure.” The Immigration and Naturalisation Service adjusted Igbonwa’s status to that of conditional permanent resident in 1987 following his marriage to a United States citizen.

In 1989, Igbonwa petitioned to remove the conditional element of his immigration status.

INS denied his petition on November 29, 1989, when the agency determined that his marriage was a sham entered into solely for the purpose of securing permanent resident status.

INS began proceedings to terminate his conditional permanent resident status in 1990, but these proceedings were administratively halted on March 8, 1990 due to Igbonwa’s incarceration on narcotics offenses.

“In 1990, a federal grand jury indicted Igbonwa in the Eastern District of Pennsylvania on two counts of possession with intent to distribute heroin, in violation of 21 U.S.C. § 841(a) (1). He negotiated a plea agreement with the United States Attorney’s Office in Philadelphia. The agreement stated that Igbonwa would plead guilty to the two counts of the indictment and cooperate with the government in future criminal investigations, in exchange for which the government would file a motion recommending a downward departure under 18 U.S.C. § 3553(e) and United States Sentencing Guideline § 5K1.1 if it deemed Igbonwa’s cooperation satisfactory. The plea agreement further provided that “no additional promises, agreements or conditions have been entered into other than those set forth in this document and that none will be entered into unless in writing and signed by all parties.” The plea agreement made no references relating to deportation.

“In accordance with the plea agreement, Igbonwa pled guilty on November 20, 1990. During his plea colloquy, Igbonwa averred that no additional representations or promises had been made and that he had not been induced to enter into the plea agreement by any promises beyond those in the written agreement. The court sentenced Igbonwa to nine years in prison on each count, the two sentences to run concurrently, and ten years of supervised release.1  In 1994, the government filed a Rule 35(b) motion recommending a reduction in Igbonwa’s prison sentence for his cooperation and testimony in a criminal investigation conducted in the District of Maryland. The district court granted the motion and reduced Igbonwa’s imprisonment by three years,” part of the document read.

A source told SaharaReporters that Ngige as governor used Igbonwa as front to build Olde English Hotels and Suites in Awka.