Part of the statement reads: “Concerned Nigerians Group @ConcernedNIG urges US, UK and EU to prevail on INEC Chairman not to compromise ongoing Edo election. 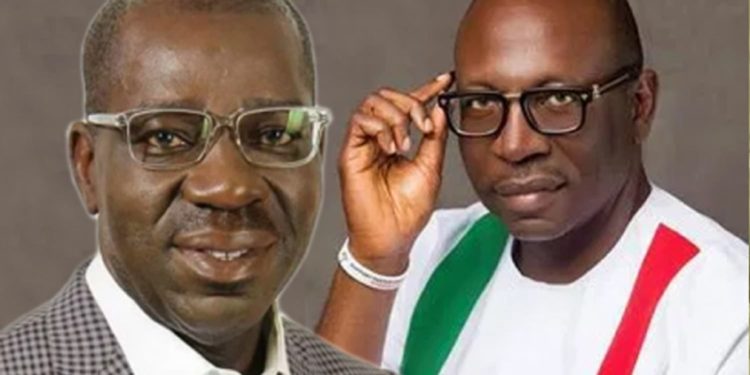 A pro-democracy and human rights group, Concerned Nigerians, has called on the EU, the US and the UK to reject alleged plans to compromise the results of Edo governorship election.

So far, in the results released by INEC, Gov, Godwin Obaseki is ahead of APC candidate, Pastor Ize-Iyamu.

However, the Convener of the rights group, Deji Adeyanju, in a statement made available to journalists, said there are ongoing plans by some political actors to change the results of Edo North.

“We wish to draw the attention of the international community to ongoing efforts by some political actors to fraudulently manipulate the outcome of the Edo election especially by changing results of Edo North.

“It will interest you that the Edo North election results that have been collated over eight hours are still been withheld by INEC officials in collaboration with some politicians.”

The group noted that the delay in collation of result will lead to compromise of the electoral process in Edo State.

“This way is unacceptable and if allowed will lead to interference in the electoral process in the State,” he said.

The Rights group further appealed to the EU and the US to act and instruct the INEC chairman not to compromise the ongoing electoral process in Edo State.