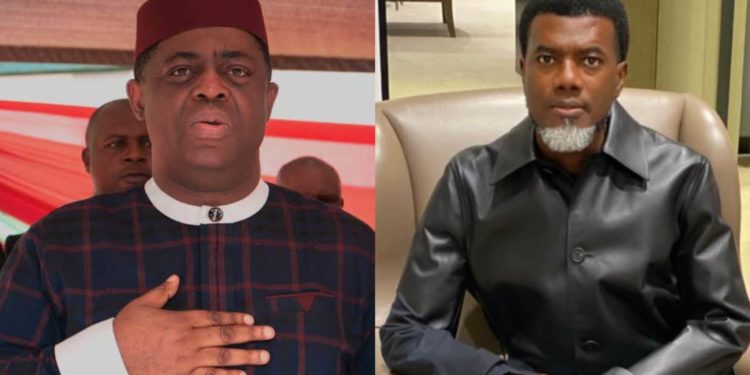 Femi Fani-Kayode, a former Minister of Aviation and Reno Omokri, a former presidential aide all under the administration of Goodluck Jonathan, have given their own summary of President Muhammadu Buhari’s five years in office.

According to them, the current administration is a total failure.

In separate tweets, Omokri and Fani-Kayode could see nothing more than sorrow, bloodshed, poverty, despair and diseases as products of President Buhari’s 5-year stay at the Presidential Villa.

Omokri pointed out that before Buhari claimed power in 2015, Nigeria was projected by CNN as the third fastest growing economy in the world but six months after he was sworn in, the country officially went into a recession.

The former Jonathan’s aide on New Media, tweeted, “5 years of General @MBuhari is summarized as sorrow, tears and blood: Sorrow, because Nigeria is now the world headquarters for extreme poverty.

“Tears, because our currency is almost worthless [and] Blood, because life is very cheap in Buhari’s Nigeria. 5 years of Buhari equals failure.

“Before General @MBuhari was elected in 2015, Nigeria was projected as the third fastest growing economy in the world. Six months after Buhari was sworn in. Nigeria officially went into a recession. The first in 25 years. Buhari is destroying Nigeria!”

Fani-Kayode also tweeted, “Hundreds of thousands of people are being butchered by terrorists all over the country as Buhari marks his 5 years in office whilst poverty, disease, despair, hunger, fear and COVID-19 ravages the land.

“What type of a man says and does nothing whilst his people are being slaughtered?”

Buhari’s Special Adviser on Media and Publicity, Femi Adesina said Nigeria had recorded significant improvement in the area of security under the current administration.

Adesina insisted that Buhari’s administration was close to eliminating completely terrorism and criminality from Nigeria.

He stressed that from May 29, 2015, till date, the Buhari administration has made much impact in every sector, thereby touching the lives of Nigerians.